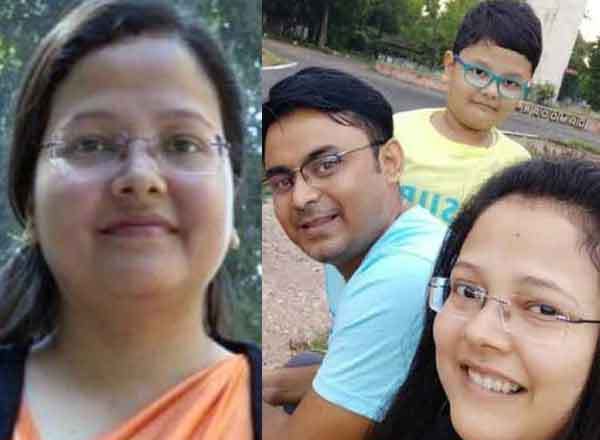 In our country, there are mostly women who after marriage focus their attention only on their family, children and household chores, but out of those few women, there are some women who along with all these things as well as their careers She also fakes on making. After giving time to her children, family and household chores, she also gives time to her future and shows something by doing.

Ranchi’s daughter left the job of a doctor, this daughter of Ranchi, success for the first time

Today, we are going to tell you about such a female officer who used to be a doctor in the profession, but today IAS officer is posted on the chair. We are talking about Dr. Anupama Singh, who lives in Patna, who stayed away from her three-year-old son and prepared for the UPSC and scored 90th rank in the UPSC Civil Services 2019 examination.

If we talk about Dr. Anupama Singh’s childhood, then she is from Kankarbhang, Patna. Anupama has completed her early studies from Patna. After this, in 2002, she completed her class 10th from Mount Carmel High School. In 2011, she did her MBBS from Patna Medical College and in 2014, she passed Master of Surgery (MS) from Banaras Hindu University.

Preparing for UPSC by staying away from 3-year-old son

IAS Dr. Anupama Singh married Ravindra Kumar, who is a doctor by profession, in the year 2013. Recalling her UPSC preparation time, IAS Dr. Anupama Singh said that my son Anay was 3 years old when I started preparing for UPSC and for this I decided to go to Delhi. For me, the decision to stay away from my son was the most difficult phase of this journey. IAS Dr. Anupama Singh says that after her arrival in Delhi, her husband took care of their son and she gives all the credit for her success to her family and says that only these people supported her.

IAS Dr. Anupama Singh tells about her journey that after going to Delhi in the year 2018, she took admission in a private coaching center. IAS Dr. Anupama Singh says that when I was living alone in Karol Bagh. I have spent all my time on studies. After coaching, I used to spend time reading books, newspapers, magazines and also preparing their notes. I used to have a video call conversation with my son.

I missed a phase of her childhood and her first activities, but whenever I thought about leaving half the preparations and returning, it came to my mind that I have to achieve some goal soon to go back home Will and should focus on the same. Perhaps this was the reason I passed the exam in the first attempt.

IAS Dr. Anupama Singh tells about UPSC and IAS that her inclination towards civil services was because after practising in Jhalkari Hospital for two years, I realized that a lot of changes in the health system are needed. As a doctor, I was treating patients but it was not in my hands to repair the poor medical system. I wanted to make government medical facilities better and stronger for the public and this thinking inspired me to join civil services.

Bhagyashree Soni
Bhagyashree Soni is a software engineer with soft writing skills. She is a degree holder from the International School of Entrepreneurial Leadership. She has been a state-level badminton champion and chess player. A woman with a forthright attitude enjoys her writing passion as her chosen career. Writing in the context of feminism, social cause and entrepreneurship is her forte.
Share
Facebook
Twitter
Pinterest
WhatsApp
Latest news
Automotive

Get rid of mileage tension, bring home these awesome bikes and get mileage of 82 Kmpl