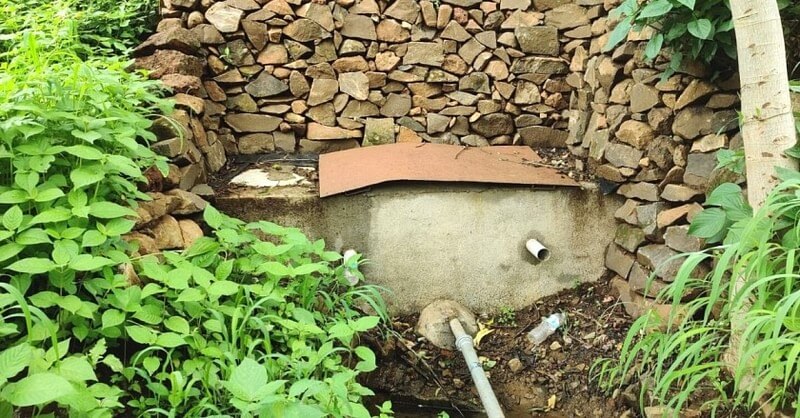 About 15 percent of the people living in the mountains depend on the springs for drinking water and domestic needs. But a third of these water sources are drying up due to climate change, rapid urbanization and changing land use.

The situation in Akhegani village of Panchgani in Maharashtra was also similar. The water sources in the village were drying up. In the summer months, the villagers had to deal with acute water shortage. To meet their daily needs, they depended on water tankers. But today the situation has changed a lot. This village is completely self-sufficient in the matter of water. The drying up springs here were not only preserved, but the dried up springs were also re-filled with water and all this was possible due to the efforts of 72-year-old Jayashree Rao, who runs an NGO.

No longer have to walk for drinking water miles on foot

Jayashree, Grampari Runs an NGO by the name, which is a rural and ecological center nestled in the lap of the Western Ghats. This NGO is teaching efficient governance to the villagers by implementing government policies.

Seeing the development of Akhegani village, more than 60 other villages of the area have also taken their steps in this direction. They no longer have to walk miles to get drinking water. Now the problem of water in her village is also over.

The foundation of Grampari NGO was laid in 1967. Jayashree Rao was 18 years old at that time. They The Better India “I joined Asia Plato’s NGO Initiative of Change (IOFC) at a very young age. I had the opportunity to meet members of the international community at this MRA center located in Panchgani. They all wanted to work to bring about a positive change in the society.”

When to leave school Decision

Jayshree says that during that time, she had decided to leave her studies to do social work. She says, “I made up my mind not to graduate. I wanted to stay in the village and work for the development of the people there. I worked with the NGO for more than ten years and during this time also started a school for the children of construction workers.”

Then Jayshree left her job in 1976 and went to England with her husband for a few years. When she returned to Bangalore in 1982, she started a trading company ‘JR Rao & Company’. She says, “My father was an industrialist, she used to make engineering tools. So I also decided to move forward by starting an engineering tool trading company.”

But in the year 2006, a small incident changed Jayshree’s life again. She says, “My company made a profit of one lakh rupees by selling a machinery. It was a big success as our years of hard work paid off.”

Once again changed the way

She recalls, “After work that day, after coming home, I was buying vegetables and started negotiating with the vegetable seller for five rupees less, she also agreed. I bought vegetables from him. Even though I felt good at that time, but after coming home I started feeling very embarrassed. I had earned one lakh rupees today and I was not ready to give five rupees more to a poor man. This incident shook my conscience.”

Now she again made up her mind to work for the betterment of the people. It was the same work for which she had left her studies many years ago.

…and sold her company

In 2007, she sold her company to nine of her employees for Rs 25,000. She says, “I dropped everything and went to Panchgani to start ‘Grampani’ again. Money didn’t matter to me anymore. Whatever I had, it helped me a lot to start afresh.”

She told, “When I went there, I decided to train the villagers in governance. According to me this was the most effective way to work towards the development of the village. The government had appointed 19 officers at various levels in the village and there were many schemes for the benefit of the village. It was just necessary that all these were implemented correctly. I had read an article, a Sarpanch of Bihar was implementing government policies to make her village a model village. I also wanted to empower the village in the same way.”

Did not meet villagers initially Cooperation

Jayashree started reaching out to the villagers to talk about governance. She says, “I failed miserably in doing this work. The villagers were not interested in this. They used to look for excuses not to come to the meeting. She was interested in such works from which she could earn money. Then I started working towards joining them and making them a little financially stronger. Got diyas made from them for Diwali and started calling them to sell them at IOFC center.”

Gradually the villagers opened up with Jayshree and started feeling comfortable. She told her problem regarding water. She says, “The springs in this area had either dried up or their water was not clean. Coincidentally, Jared Buane, a hydrologist from the US, was visiting IOFC at that time. She helped us a lot. According to her, the tank covered with concrete could have saved the spring water from getting contaminated. We worked on it. The water from the springs was stored in the tanks and cleaned it. In this way the villagers started getting clean water.”

Her first project was started in Akhegani village. This also greatly improved the health of the villagers. Now they did not have to wander from door to door for water or depend on tankers.

The problem of water in Akhegni village was starting to end, seeing which the surrounding villages were also encouraged. She also requested to start such a scheme in her village. According to Jayashree Rao, more than 60 villages were transformed through this scheme, which directly benefited about 40,000 people.

The scarcity of water often becomes a cause of conflict among the villagers and if this is not taken care of, the situation can get worse. She says, “When the villagers approached, we put a condition in front of them. Everyone will have to cooperate equally in the plan. We asked all of them to contribute equally to physical labor. We have united the villagers with this plan.”

Jayashree gradually started many other schemes to provide employment to women and also interacted with the villagers on issues related to governance. Since then her NGO has been doing continuous development work in the village. This organization has worked on many issues like self-governance, strengthening local institutions and empowering women.

“We facilitate leadership development by linking education to sanitation, organic farming, conflict resolution and more by training Panchayat Raj institutions,” she says. Giving an example, Jayashree said, “Hand sanitization projects like Tippi Tap have reduced the number of diseases in children significantly. We started this in 162 schools. This led to an 80 percent increase in hand-washing habits among children.

The founder of the NGO claims that many such initiatives have been taken, which have benefited about 1.22 lakh people in 200 villages.

Help for children’s education and career

Kamal More, a resident of Godavali village, is part of the ‘Rural and Livelihood Project’. She joined Grampari in 2016, after which her life changed a lot. Now their condition is much better than before. She says, “My husband is a daily wage labourer. We always had money problems in front of us. The situation worsened to such an extent that we could not even afford the education of our children. Then I decided to join the NGO. Since then, I keep working in many projects related to her employment.

Today she is earning well. This has helped in the education and career of their children. She further adds, “The financial condition of the family is much better. Like me, there are hundreds of women who have never stepped out of the house before but are now financially independent and leading a better life. ”

The biggest challenge is to change the mindset of the villagers

According to Jayshree, “Changing the mindset of the villagers was the biggest challenge for them. She expects a change immediately. She is not always ready to work for you. They have their own way of working. How to work with patience, I have learned by living among people.”

She adds, “The charitable institutions have helped run the NGO and meet my basic needs. Before working for the society, the way of life I used to live, I cannot live today. But I will not waste my life for anything else.”

Today her daughter Archana and two other members Prathamesh Murkute and Deepak Jadhav run this organization. This new generation says they plan to expand their work towards saving the waterfalls in the Western Ghats and implementing more governance policies in the village.

‘Made in India’ Jeep Wrangler launched in India, price of premium SUV starts at 53.9 lakhs

Term Life Insurance: Due to these reasons, you will not get a claim on death, check before taking the policy.

Larsen and Toubro may get contract for bullet train, lowest bid with Rs 24,958 crore