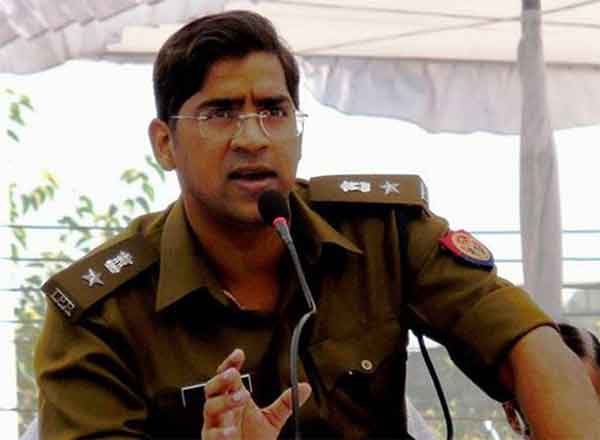 Success Story of IPS Sanjeev Tyagi: Farmer’s son becomes IPS Officer: Today we are going to tell you about a person who has saved so many lives in the midst of the global epidemic. Do you know that the coronavirus is sitting in the world at this time, which is not taking the name of the world? Almost all countries of the world are troubled by this epidemic. At the same time, India has not been untouched by this virus. Here also the number of corona patients is increasing day by day.

At the same time, if any department is doing more responsibility in the time of this epidemic, then it is the police and health department. Along with fighting the corona on the police department, there is also extra pressure to rein in the crimes. Today we are going to tell you about an IPS officer who has done a great job in the prevention of crimes as well as in the deliberations in this Corona era. SP Sanjeev Tyagi, a resident of Bijnor in UP, is being appreciated everywhere for his brilliant work style. By the way, Sanjeev Tyagi is a resident of Moreta village in Ghaziabad, UP.

Success Story of IAS Kinjal Singh: Lost father at the age of 6 months

Ishwar Chandra Tyagi, the father of Indian Police Service Sanjeev Tyagi, was a working agricultural farmer. Sanjeev is third in five brothers. Sanjeev’s father Ishwar Chandra is no longer in this world. He has died in the year 2017. He has taught a lot to his five sons. Not only this, he also had enough land. He used to cultivate this land. Whatever he earned by working hard, he used to spend his children’s education. His hard work also brought color. In 2010, his son Sanjeev was selected in the IPS Civil Service Examination. During the interview, Sanjeev Tyagi explains that his father’s dream was to have his son go into the civil service, after Sanjeev’s selection, as if all his wishes were fulfilled.

Sanjeev Tyagi further states that Sanjeev, a 2010 batch IPS officer, was posted as DSP in the capital Lucknow during his training. His flamboyant working style convinced everyone. He has expertise in solving crimes and reaching out to criminals through surveillance. Currently, Sanjeev is the SP of Bijnor. He showed great sense during the performance during CAA. Sanjeev managed to control it with the understanding that violence was rampant in Bijnor.

Indian Police Service Let me tell you that during the Corona period, IPS Sanjeev Tyagi not only got the lockdown done while working brilliantly and also curbed the criminals. With the excellent management of SP Sanjeev Tyagi of the district, this work has been successful. The result of his hard work is that even in the time of Corona, he has topped the entire range in the disposal of pending discussions in the district. The Bijnor police has set an example by disposing of more than 50 per cent pending investigations.

Why all hope is not lost for Patriots offense against Cincinnati

File Photo Thane: With the arrival of 628 new cases of corona virus in Thane…

Budget 2022: Tax will have to be paid even if there is a loss due to crypto currency, Central Bank will soon launch ‘Digital Rupee’

Cryptocurrency: Finance Minister Nirmala Sitharaman has announced in the budget that income from cryptocurrencies will…