Chose farming despite being polio affected, today earns up to 1 crore annually 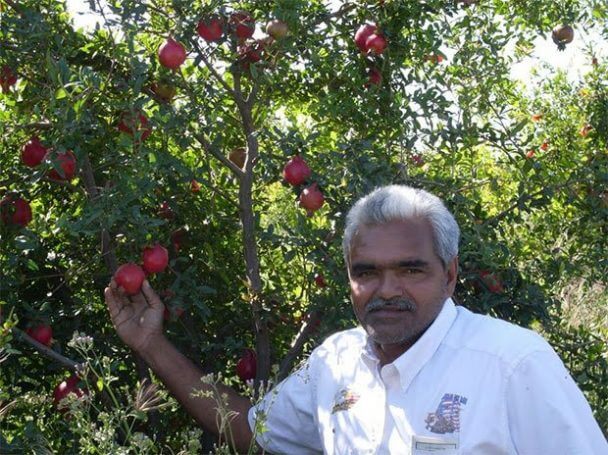 Even if the path is full of thorns, if a person has the will to achieve success, then nothing can be greater than that. There are many difficulties awaiting every human being in the way of life, to stop his path at different turns. But a man of lofty spirits emerges as a hero crossing all those obstacles and hangs like a rose on the chest of history.

It is a great thing for someone with different powers to receive the Padma Shri. The protagonist of our story today is a man who has broken people’s perceptions of disability. This business is not a nine to five job in which to sit comfortably in a chair. They have chosen the path in which few people walk, the path of labor. Genabhai Dargabhai Patel Has proved that by adopting agriculture as a profession, disability is another name for being differently empowered than the body. They have emerged as examples for differently empowered and common people.

He belongs to a peasant family where his father, along with brothers, worked in the fields all day. He was never asked to work in the fields because both his legs had worsened with polio. His father always insisted on good education for his better life. And for this reason, he lived in a hostel 30 km away from home and studied. Being from an illiterate family, he was called back to the village after completing his schooling.

4 Tribal Women Fail MBA, a company with turnover of crores of its own

Genabhai could not help his brothers in the fields, for this he learned to drive a tractor. He mastered tractor driving and became the best tractor driver in his village. After this, he started looking at crops according to the circumstances.

52-year-old Genabhai says, “I wanted to do farming so I started looking at crops to see which farming would suit me.” Something that needs to be grown only once and returns for a long time. “

After consulting many agricultural officers and universities, he came to the conclusion that pomegranate cultivation is the right option for him. For the purpose of getting information related to farming, he visited Gujarat, Maharashtra and Rajasthan and got answers to all the questions running in his mind in Maharashtra. His first choice was mango, but he did not feel right to invest on mango because he comes once a year and if the crop gets bad then the farmer has to wait another year.

The pomegranate crop was an unusual crop for the Government of Golia village in northern Gujarat. People questioned the decision of Genabhai. But his family accepted his choice and helped him to plant seeds. Between 2004 and 2007 he planted 18,000 saplings.

The brothers started a startup after vegetarian cakes were not available in the market, a 630 crore empire was built in a few years

But the story does not end here. Finding buyers for their crops was a major hurdle. Again Jenabhai employed a tactic to overcome this obstacle. He sold his crop to a buyer who would take his produce directly from the fields. This does not make them go to Jaipur or Delhi to sell their crops. Whereas all the farmers used to earn 20,000 to 25,000 rupees by farming whereas Zenabhai used to earn up to 10 lakh rupees.

Soon the water problem arose in his district, which made it difficult for the people there to cultivate. Again Gennabhai solved this problem and he adopted drip irrigation which helped in crop growth and water saving. He shot two shots with one stone.

He was awarded in many states and nationally for his outstanding skills and ideas. Prime Minister Modi is also one of his fans. The Prime Minister appreciated him in his speech and former President Pranab Mukherjee honored him with the Padma Shri, the country’s fourth-highest civilian honor.

Ever wondered why he is portrayed as a ‘little green person’ when it comes to mentioning aliens?

Budget 2022: Will the government be able to reduce the discontent of farmers this time!

Pakistan has given vaccine to 10 million people of the country in ‘Balharat’, claims to control the third wave of Corona