There was no money but there was a desire to do something big, the bus conductor’s son did a business of 480 crores 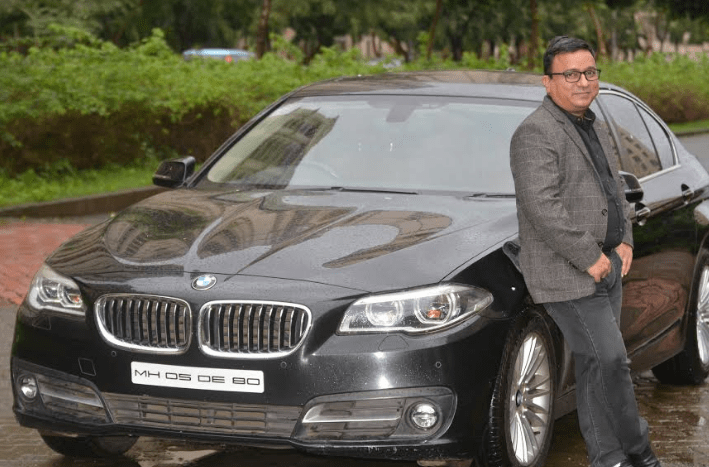 Success stories often introduce us to various aspects of an entrepreneur’s life. In the midst of fierce struggles, the people who established an empire of success faced the challenges and faced each of the difficulties on their way, it would have been truly inspiring. There are very few people in our society who dreamed of a big goal by abandoning a comfortable life and chasing it with determination, wrote a story of success. Heroes of our today’s story Sandeep Diwate The example of success it has set in the face of circumstances is exemplary for young entrepreneurs.

Belonging to a lower-middle-class family, Sandeep’s family consisted of four sisters, his bus-conductor father and his mother. Despite the economic challenges, his father always inspired him to study. It was due to the hard work of his entire family that he managed to study his chemical engineering. To earn extra money for her studies, her sister had to compromise her studies and career by helping her make and sell sweets to her mother. During his childhood and studies, many friends became friends of Sandeep, who were from rich families. Sandeep was often nervous seeing the difference in his lifestyle.

Business Khabar In a special conversation with Sandeep, he said that “I always felt during my childhood that my friends are rich because they have family business.” The innate desire to do something big inspired me to become an entrepreneur. “

After finishing chemical engineering, Sandeep decided to pursue management studies. He enrolled in the Symbiosis Institute for a distance MBA course and also joined Unilever Company to become financially independent. In the year 2005, Sandeep completed his MBA and joined a company called 3M.

Till the year 2010, Sandeep held various important positions in 3M. Despite being on a good post, the entrepreneurial spirit was growing in him. In 2010, after accumulating some money to help him survive 7-8 months of trouble, Sandeep mustered the courage to quit the job and laid the foundation for his dream as Realix Industries.

While working with 3M, Sandeep had a good experience in dealing with road safety systems, which helped him to offer traffic safety systems through his first company. For nearly two years, his company manufactured high quality thermoplastic road-marking paints under the banner of Rexotherm brand and carried out many high profile lane marking projects such as Mumbai Highway Express, Yamuna Express, etc. using these paints. With the help of his chemical engineering background, his experience and superb communication skills, Realx showed exceptional results in just two years.

In the year 2012, Sandeep – together with a friend Nidhi Khullar (an IT professional) formed a new company called Enviro Safety Private Limited – the company has developed industrial automation, systems integration, wireless and telecommunications integration for hazardous area applications. Started offering.

Following the launch of Enviro Safety, Sandeep and Nidhi adopted innovations in Artificial Intelligence and a combination of Internet and artificial intelligence (AI) in automation and integration related to industrial processes. Realix was one of the very few companies to provide comprehensive and dynamic solutions incorporating connected sensors in industrial processes using AI-enabled computing devices. The company soon took on large contracts from multiple clients such as RIL, BPCL, HPCL, ONGC, BP, ADNOC, etc. to automate some critical processes for refineries.

In 2014, Realix made its presence in the international market, making a foray into England with Realix UK. They offered international customers to avail their services at a better price. He also started getting many business offers at the international level. A Switzerland-based company invested 200 million in the Realix Group which helped establish a state-of-the-art manufacturing facility in the UK for intrinsically safe devices and sensors. The company currently has a presence in the Middle East through Enviro Abu Dhabi LLC.

Currently, Sandeep-led Realix Group is one of the most versatile and versatile 4G capable AI device makers. The company is building IoT and IIoT applications and infrastructure to enable businesses to achieve digital transformation and better and efficient use of technology in various processes. Realix has a very strong presence in the road transport sector in India. The company has developed to automate processes such as fitness inspection and new vehicle registration exclusively through RTO (Regional Transport Offices) through the revolutionary ‘mVaahan App’. This app is currently accepted and used by the Transport Commissioner Offices in the states of Maharashtra, Chhattisgarh and Madhya Pradesh. The realics group generated a turnover of Rs 480 crore in the last financial year.

The son of a bus conductor and raised in a lower-middle-class family, the position of success today is unmatched in itself. The way he created a unique world of success with the right decision at the right time, in the face of circumstances, is exemplary.

Important Note: This article has been transformed version through translation based on the content of above-mentioned URL. If the portal has any problem regarding the content, copyright, please leave a comment below the article. We will try to process as quickly as possible to protect the rights of the author. Our moto just shares information to readers quickly and easily with English Language content, instead of information only available in the Hindi language. Thank you very much!

What are the effects of stress on your face?