These are the most powerful passports of 2022, Indian passport also made a great leap 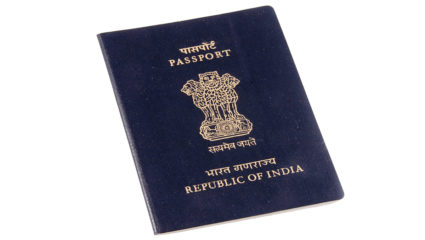 New Delhi: ‘The Henley Passport Index’ has shared the ranking of the world’s most powerful passports as the year begins. This ranking is very important for India. In this ranking, India has gained a place compared to October 2021.

With an Indian passport, people can now travel to 60 countries without a visa. The ranking is based on data from the International Air Transport Authority (IATA), which shows how easy it is for people to travel across countries with these passports.

According to the report released for the first quarter of 2022, the ranking of Indian passports in the report released has improved significantly as compared to the previous year. India has gained 7 places in this ranking and has moved up from 90 to 83.

Along with India, Sao Tomé and Principe are also named on this rank. Last year, India was allowed to travel without visa in only 58 countries. In such a situation, now there are two new countries Oman and Armenia. Pakistan is ranked 108th in the list, which can go to 31 countries without a visa.

These are the top five countries

Third wave of corona came in Maharashtra, 26 538 new infected were found in the last 24 hours, the record of six months was...