Gold vs Crypto: Which is better for investing in Bitcoin or Gold? How much ‘profit-loss’ in putting money 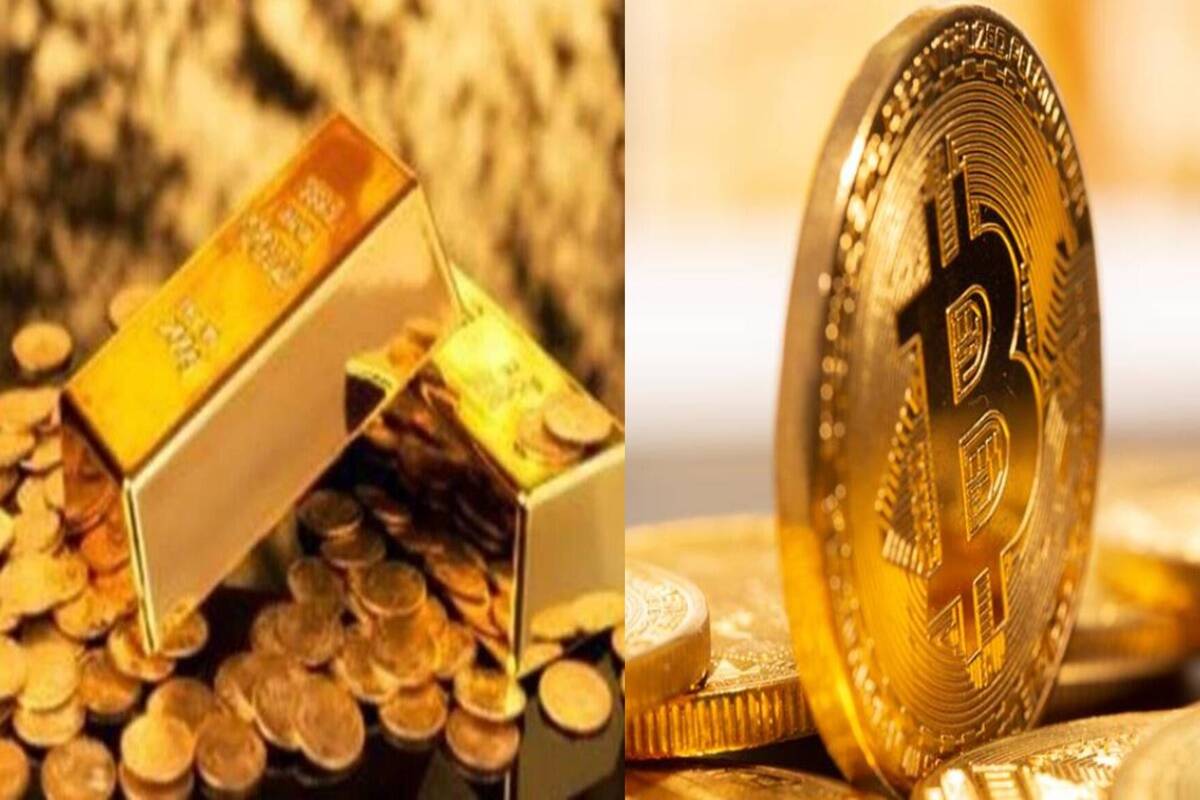 Gold vs Bitcoin: In the last few years, the trend of investors has increased rapidly with investments in cryptocurrencies like Bitcoin. Investors are adding this to their portfolio. Generally, most investors consider investing in crypto as investing in gold. In some cases, gold and crypto are being said to be the same due to similarities and almost equal reasons for investment, but these two options have different meanings. Both gold and crypto are thought to be similar due to their limited supply and their role as an alternative to fiat currencies (currencies issued by central banks), although the other two have different practices.
Since 2016, worldwide gold stocks through mining have been growing at a rate of 1.7 per cent annually and have remained the same trend for the last 20 years. In comparison, Bitcoin stock is growing at the rate of 3 per cent per annum, but by 2140, its annual growth will be zero per cent.

Gold is also an option for consumer goods with investment

All cryptocurrencies, including bitcoin, are non-tangible (which cannot be touched) assets and are included as an investment in the portfolio. On the other hand, when it comes to gold, it is also tangible (which can be touched) assets (physical gold) and also non-tangible (digital gold). Apart from investment, gold is also consumed, such as in jewelery, technology. According to 10-year average data, 34 percent of the annual gold demand is from jewelery, 7 percent from technology and 17 percent from central banks and the remaining 42 percent is invested. Gold is also used in computers, mobile phones as well as in the technology using which cryptocurrencies are mined.

Also read- How much wealth does the second richest person in the world have?

The US Treasury holds the largest amount of gold in the world, but only four per cent of the worldwide gold stocks. 50 per cent gold exists only in the form of jewelery and 21 per cent in the form of gold bars, coins and gold ETFs with individual and institutional investors.

In comparison, in terms of bitcoin, five big mining companies are from China and have control over 49.9 percent of this network. Apart from this, only 2 percent people have 95 percent of the available bit coins when it comes to holding bit coins.

Bitcoin may be banned in India

There are no set guidelines regarding cryptocurrency in India right now. Three years ago, in 2018, the Reserve Bank of India (RBI) issued a circular regarding cryptocurrency. According to this circular, the central bank was banned from providing any services related to cryptocurrencies to regulated entities. After this, the case went to the country’s largest court, the Supreme Court. The Supreme Court rejected a ban imposed by the RBI on cryptocurrencies in March 2020 last year. Since then, investment in Bitcoin in India is entirely at the risk of investors because there is no regulation related to it right now.

What e-commerce companies like Amazon, Netflix, Zoom have to pay 2% extra tax, will also affect customers?

UP Elections: Sanjay Singh meets Akhilesh Yadav, will Samajwadi Party tie up with AAP after RLD?

CAIT announces Bharat bandh in protest against GST, also plans to jam round the country on February 26