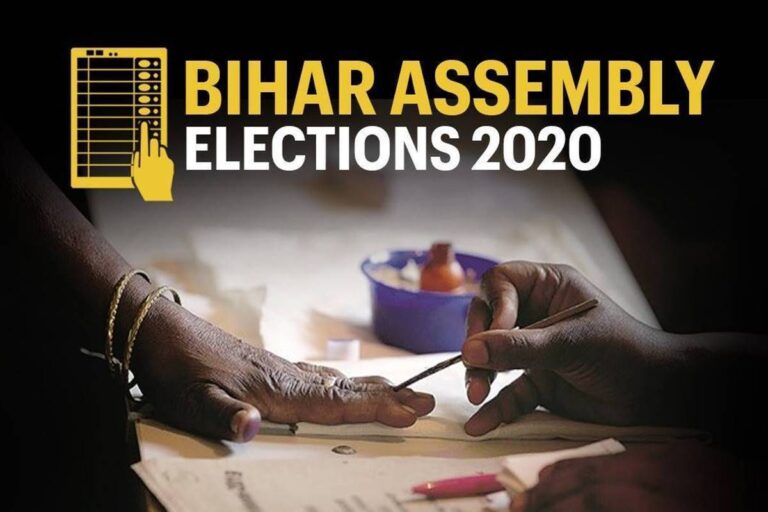 Bihar Election 2020: The campaigning for the first phase of Bihar assembly elections is in full swing. Today Prime Minister Narendra Modi will also be in Bihar for campaigning. He will campaign among the people in Sasaram, Gaya and Bhagalpur. Let us know that for the first phase in Bihar assembly elections, 1066 candidates are in the election field in 71 seats. Union Minister Nityanand Rai said on PM Modi’s campaign that this will help the NDA in Bihar to create a new wave in its favor.

An uproar on the Corona vaccine continues

A day earlier on Thursday, Finance Minister Nirmala Sitharaman on Thursday counted the BJP’s first promise for the Bihar election and said that after the arrival of the Corona vaccine, all people of Bihar will be vaccinated for free. However, opposition parties objected to this and started questioning this promise.
Today, Union Minister Ravi Shankar Prasad said on the opposition of the opposition that health care should become an important priority in this great era of Corona. Our government is being formed in Bihar, when the corona vaccine is formed, then the Bihar government will cooperate with the central government and provide the vaccine free to the people suffering from corona in Bihar. There is definitely a problem for such people who make big announcements before the elections but do not apply on the ground.

There is a problem (from this announcement) for those who make big announcements before the election but do not apply on the ground: Union Minister and BJP leader Ravi Shankar Prasad #BiharElections https://t.co/mhQEUxOwKn

Bihar Election 1st Phase: Legislators not fighting in pocket; These are the poorest candidates

This situation happened by setting the screen on the screen of Asus ROG Phone 5, see the truth of every claim related to the phone

A shocking thing has been known about Asus ROG Phone 5, considered to be the…