Kia Sonet World Premiere: Launched in Sonnet, to be launched in September 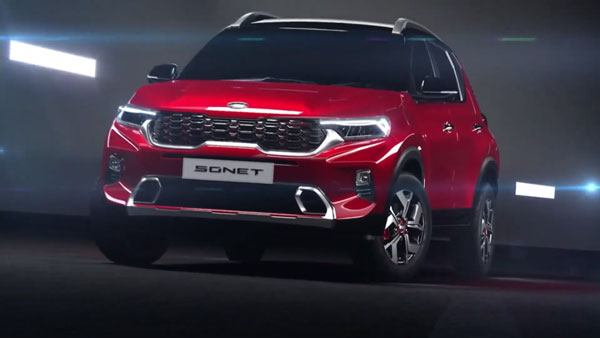 Kaya Sonnet concept was first introduced at Auto Expo 2020. Since then, this compact SUV had been in constant discussion, which was being eagerly awaited for disclosure. Kiya Sonnet, based on the Hyundai Venue, is built on the same architecture and platform.

Kiya Sonnet 1.0 liter will be given the option of two gearboxes. It includes a 7-speed dual-clutch (DCT) automatic gearbox and a new 6-speed intelligent manual transmission (IMT). This gives customers the option of a total of four gearboxes.

Talking about the design of Kiya Sonnet, it has been given a sporty, bold and aggressive design. It has LED DRL and turn indicator, LED projector fog lamp and heartbeat LED tail lamp with LED headlamps. The tail lights are interconnected via a reflector strip that gives it a premium look at the back.

Talking about other design elements, the sonnet has dual muffler design, skid plate on the front and rear bumper and diffuser fins on the GT-line. The SUV features stylish dual-tone 16-inch alloy wheels mounted in a square wheel arch.

Sales of Kiya Sonnet are set to begin in the coming weeks. It will be offered in two trim GT-line and take-line options. Hyundai Venue, Maruti Vitara Brezza, Tata Nexon, Mahindra XUV300 will be competing in the Indian market.

The price of Kiya Sonnet will be announced from the launch but we estimate that it will be priced between 8 lakh to 12 lakh rupees, ex-showroom.

Will not get a cheaper plan than this, unlimited calling, high speed data and much more in just Rs 129

Sold in Maruti after the results, should you bet in the stock or make a distance now

There will be plenty of jobs in these top 4 companies of the country, 1.6 lakh freshers will be given employment