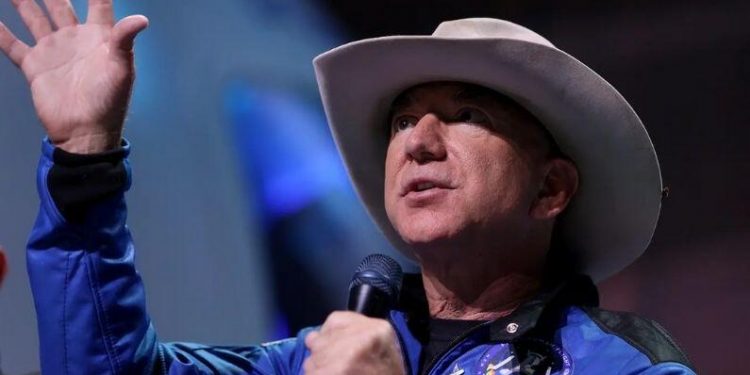 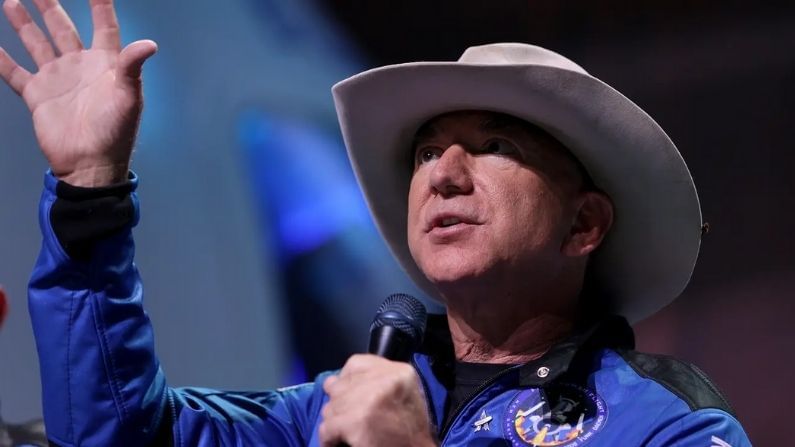 Jeff Bezos, the world’s richest man, recently traveled to space. The eyes of the world remained on his 11-minute space journey. Bezos flew into space with three others, including his brother Mark Bezos, Wally Funk and 18-year-old Oliver Damon. Bezos had planned to go to space for a long time and on July 20, he also fulfilled his dream. After the space trip, Bezos said that it was his best day so far.

This space journey of Jeff Bezos ended very quickly and there was a discussion among many people about how much money the billionaire had spent on this trip. Bezos has a net worth of $205 billion. At the same time, Bezos stayed in space for only four minutes, for this he spent about $ 5.4 billion (about Rs 4,01,94,76,50,000). That is, about $ 550 million for every minute. This will not affect his wealth much, but it has definitely given rise to a new debate.

Actually, people say that at the time the world is battling the epidemic. In such times billionaires should come forward to help the people and not spend money on space travel. Countries around the world are troubled due to coronavirus. At the same time, people can be protected only through vaccination. But due to lack of money in many countries, it is difficult to buy the vaccine. In such a situation, let us know how many people could have been vaccinated with the money spent on Bezos’s space travel.

How many people could have been vaccinated with the money spent on space travel?

Vaccine doses are being purchased for low-income countries through COVAX, so that vaccine inequality can be removed. Due to humanitarian assistance, Covax is able to buy vaccine doses for only $ 1.60 (about Rs 119), while the market rate is $ 7 (Rs 520). Kovax plans to buy two billion doses by next year. For this, $ 2.6 billion is needed. In such a situation, Kovax could be funded twice with the money spent on Bezos’ space travel.

If Kovax had been funded with the money spent on Bezos’ space travel, then about 4 billion doses could have been bought. This simply means that the world’s two billion population could have been fully vaccinated. These vaccines would have been sent to poor countries, where people are battling corona the most. After vaccination, people would have got a big help in avoiding corona. Also the epidemic could be controlled.

Also read: A network of roads is laid under Venice, 2000 years old road of the Roman Empire found under the sea