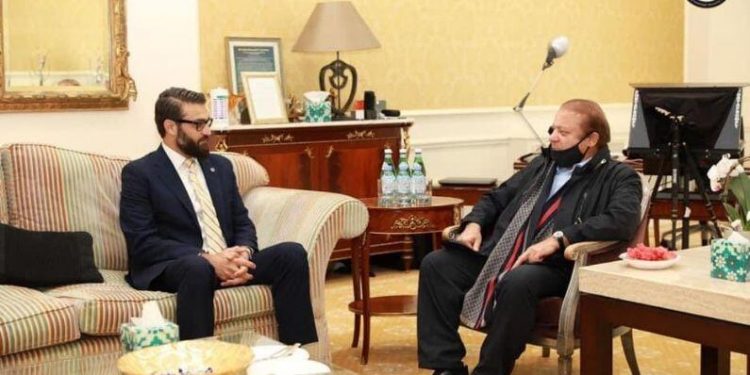 Afghanistan NSA: Pakistan has always been spewing venom against Afghanistan’s NSA Hamdullah Mohib. Recently Mohib had said that thousands of Taliban fighters from Pakistan have come to his country.

Afghanistan NSA Meets Nawaz Sharif: Imran Khan’s government is constantly spewing fire against Hamdullah Mohib, the National Security Advisor of Afghanistan. Whom Imran’s ministers consider their biggest enemy. The reason behind this is that Mohib has been continuously targeting Pakistan. Once he even called Pakistan a brothel house (brothel). Now he has also met Nawaz Sharif, the former Prime Minister of Pakistan, in London. Since then, there are speculations that both are going to execute some political plan.

According to the statement released, Mohib and Minister of State for Peace, Syed Saadat Naderi spoke in London on the issue of ‘common interests’. Since then, the discussion has intensified in Pakistan whether Afghanistan has started joining hands with its opponents in view of the stand of the present government. All this is happening at a time when Pakistan’s army, intelligence agencies and terrorist organizations growing there are being accused of helping the Taliban.

Imran Khan’s political advisor Shahbaz Gill has questioned the hidden purpose behind the meeting, as well as named India’s Prime Minister Narendra Modi. In a tweet, he said that Nawaz Sharif had a conversation with an Afghan official who speaks against Pakistan. Gill said that he has come to know, quoting sources, that Mohib has met Nawaz Sharif to convey the message of Prime Minister of India Narendra Modi. Taking the name of Pakistan-occupied Kashmir, Shahbaz Gill said that elections are going to be held there and the purpose of this meeting is to create controversy in these elections.

Explaining the purported purpose behind the meeting, he said, “They are trying to create a situation which can be compared to the elections in independent Jammu and Kashmir and the occupied territories.” Earlier in the NSA interview of Afghanistan, he has clearly said that 15,000 new Taliban fighters have entered Afghanistan, out of which 10 thousand have come from Pakistan (Pakistan Helps Taliban in Afghanistan). The Vice President of Afghanistan has also said that Pakistan’s Air Force is helping the Taliban.

Also read- Three times the size of the Taj Mahal … 8 KM per second speed, the asteroid causing ‘catastrophe’ moving towards the earth