HomeWorldCorona cases increasing again in Sri Lanka, the government panicked due to...
World

Corona cases increasing again in Sri Lanka, the government panicked due to the impact on the economy, did not take the decision of lockdown 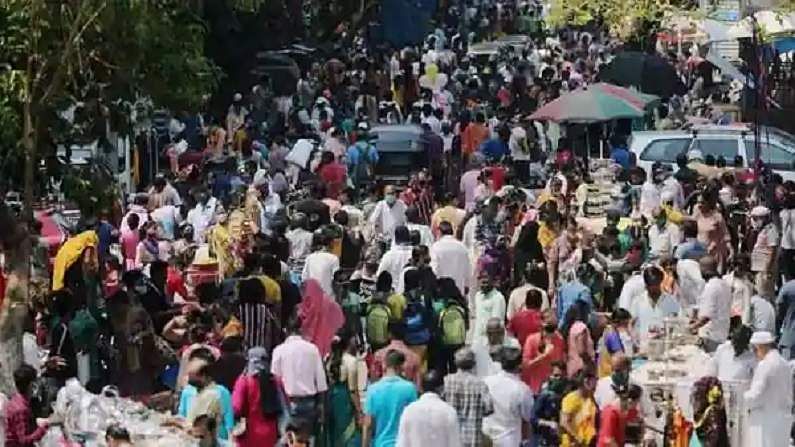 The decisions were taken after a high-level meeting between Sri Lankan President Gotabaya Rajapaksa and Army Chief General Shavendra Silva, head of the National Center for COVID Prevention.

Corona virus cases are increasing rapidly in Sri Lanka again. Despite this, it has been decided not to impose a lockdown to reduce the negative impact on the country’s economy. However, the government has announced restrictions in some areas to prevent the spread of the deadly virus.

The decisions were taken after a high-level meeting between Sri Lankan President Gotabaya Rajapaksa and Army Chief General Shavendra Silva, head of the National Center for COVID Prevention. In the meeting, it was decided to withdraw some of the recently announced relaxation measures and not to impose a nationwide lockdown. According to a report in the Colombo Gazette, the government has so far been reluctant to impose the lockdown as it may have further impact on the economy. The country’s economy is already in the grip of the pandemic.

The report said that the demand for a nationwide lockdown has been coming continuously as the number of people infected with the corona virus has increased rapidly and daily deaths have reached record levels. It was decided that all government work would be postponed till September 1. An amendment has also been made in that circular of the government, in which it was made mandatory for all public servants to return to work by August 2. Accordingly, the heads of institutions will have to decide which staff attendance is required, Silva said.

More than 20 thousand cases in 8 days

The number of people attending weddings and funerals has also been reduced to reduce the spread of the virus. Health officials have expressed concern over the rapidly increasing number of infections and deaths in the country. Health officials said that about 20,000 new cases have been reported in the last eight days. A record 94 deaths were recorded on Thursday. In the last 11 days, there have been around 600 deaths due to COVID-19. According to the Corona virus data of Johns Hopkins University, there have been 3,21,429 cases of COVID-19 and 4,821 deaths in Sri Lanka so far. (Language)

A star 100 times bigger than the Sun, a wonderful picture of the explosion in the star taken for the first time, scientists are also surprised

The Next Wave of Superheroes Has Arrived with Astonishing Impact

Designer Fashion Show Kicks off with Great Success at Variety