COP26: PM Modi advocates ‘One Sun One World One Grid’, electricity will be supplied from one grid to all over the world 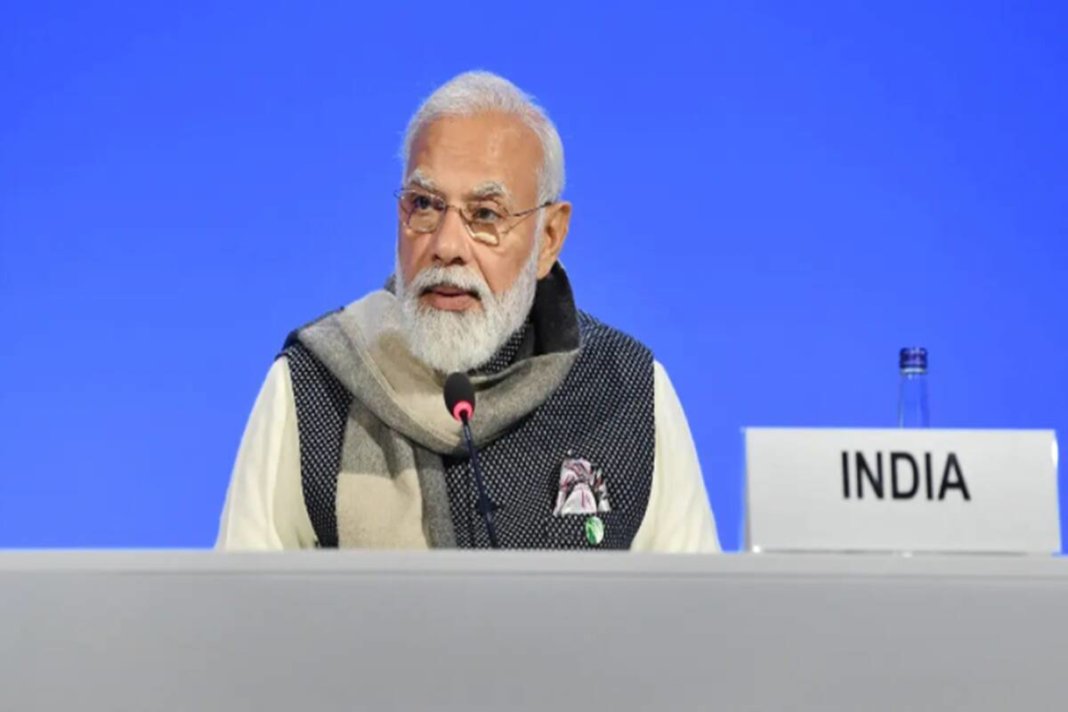 Emphasizing that everything is made of the sun, PM Modi said that the world should work on the policy of one grid so that the practicality of solar power can be increased. (Image- PTI)

Prime Minister Modi on Tuesday advocated ‘One Sun, One World, One Grid’ (‘One Sun, One World, One Grid’). Emphasizing that everything is made of the sun, he said that the world should work on the policy of one grid so that the practicality of solar power can be increased. The Prime Minister announced that the Indian Space Agency ISRO (ISRO) will soon provide a calculator to the world regarding this. With this calculator, the potential to generate solar energy in an area can be estimated.

Face recognition system will be closed on Facebook, but these essential services will continue

Addressing the ‘Accelerating Clean Technology Innovation and Deployment’ event, PM Modi said that during the Industrial Revolution, many countries prospered through fossil fuels but due to this the earth and environment became poor. Apart from this, fossil fuels also created tension between countries, but according to PM Modi, technology has now offered a better option.

Referring to ‘Suryopanishad’ during the ceremony, he said that everything is made of the sun and it is the only source of energy which can take care of all. According to the Suryopanishad, since the beginning of life on earth, the life cycle of all living beings is linked to sunrise and sunset.

One grid for the world will get electricity all the time

Modi said that nature has suffered a lot in the race to stay ahead and if it wants to balance it again, it can be done only through the sun. The safe future of mankind has to be in step with the Sun. In an hour, the earth’s environment receives enough sunlight that it can provide electricity throughout the year according to the needs of every human being.

However, the biggest challenge in this is that solar energy can be available only during the day and there may be problems in bad weather, so PM Modi has advocated a grid for the world. With this, clean energy will be available to everyone at any time, at any place. This will also reduce the need for storage. During the ceremony, British Prime Minister Boris Johnson praised PM Modi and said that PM Modi knows very well how to deal with the problem of climate change.

World standing with India in fight with Corona: help is coming from these places including UN, South Korea

Bumper demand of this Xiaomi smartphone! Sales of more than Rs 400 crore in 21 days, what is special?