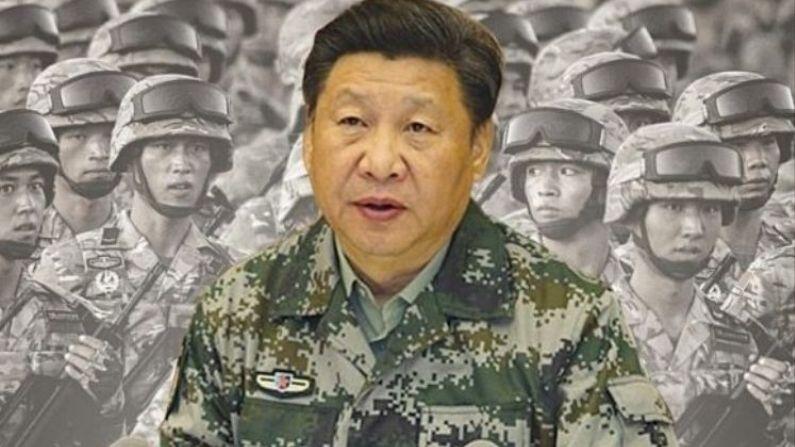 The Global Times reported in its report that Xi Jinping also called on the Chinese military to intensify ‘war preparations’ during his visit to Tibet.

Chinese President Xi Jinping visited Tibet for the first time amid the ongoing border tension between India and China for the last one year. Jinping also visited the Brahmaputra River on which China is building the world’s largest dam. Not only this, the Chinese President also called upon the soldiers of the Chinese Army in Tibet to intensify the ‘preparation for war’. Jinping’s visit to Tibet is very important from India’s point of view. At the same time, the Chinese army has been instructed to prepare for war. In such a situation, question marks are being raised on the intentions of the dragon.

Chinese state-run Global Times reported in its report that Xi Jinping had met officials of the Tibet Military Command of the Chinese People’s Liberation Army during his visit. According to the newspaper, the president stressed that the training and preparation of troops should be increased and help provide a positive force to promote stability and prosperity in Tibet. Significantly, the responsibility of the border with India has been entrusted to this command.

Inspection of Brahmaputra river valley and its tributaries

Xi Jinping said that high-quality development in Tibet should be based on the principle that it should promote local unity and development. The employment of the people in Tibet should be improved, they should be connected and there should be profit, security and prosperity in the region. However, on this tour, Jinping focused not only on Tibet, but also inspected the Brahmaputra river valley and its tributaries. The visit of the Chinese President to the Arunachal border comes at a time when China has recently started operating the first fully electric high-speed train in the region.

The Chinese President had said that the new high-speed rail line will play an important role in protecting the stability of the border. Through this statement, he pointed to the Arunachal border with India. Nyingchi is a border town in Tibet, located near Arunachal. China has recently constructed a strategically important highway through the Brahmaputra river valley. The highway connects Medog County, which shares its border with Arunachal Pradesh. Apart from this, China, which keeps an eye on India’s soil from Ladakh to Arunachal Pradesh, is now busy building the world’s largest dam to capture Indian water resources.

Also read: Chinese Vaccine Again ‘Cheated’! The dose of sinoform is less effective on the elderly, vaccination has been done in dozens of countries with this vaccine