IRCTC and Railway Board meeting this evening, ways to share revenue will be discussed 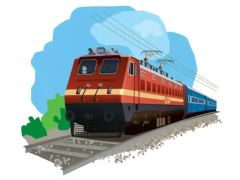 An important meeting is going to be held between the top officials of Railway Board and Indian Railway Tourism Catering and Tourism Corporation Limited (IRCTC) today i.e. Friday at 4 pm. In this meeting, discussion will be held on withdrawing the IRCTC’s plan to share half the earnings from the convenience fee with the Railways. Moneycontrol has received this information from the company’s top officials.

Earlier, Tuhin Kant Pandey, Secretary, Department of Investment and Public Asset Management (DIPAM) had said in a statement that the government would withdraw its decision to share the earnings from the conveyance fee of IRCTC. IRCTC charges a convenience fee on booking tickets through its portal and a major part of the company’s earnings comes from this convenience fee.

A top IRCTC official told Moneycontrol, “We are yet to receive any information from the government about the withdrawal of the revenue share model. However, a meeting is to be held with the Railway Board this evening.”

Earlier, after the stock market closed on Thursday evening, IRCTC told the exchange that it would share half of its earnings from the convenience fee with the Ministry of Railways. This new earnings sharing agreement was to come into effect from November 1. After this, after the market opened on Friday morning, IRCTC shares fell by 29% in intraday to Rs 650.

Gold Price: Good news for those who buy gold on Dhanteras, Diwali, gold has become so cheap

Pandey told Moneycontrol that the decision to scrap the revenue-sharing model would be communicated to IRCTC soon.

This arrangement remained in force till 2016. However, in 2016 the Ministry of Railways canceled the convenience fee to promote ticket booking through IRCTC’s online portal. IRCTC started charging service charge again on online booking from 1st September 2019. A Moneycontrol official said, “The plan was to share the service charge and convenience fee with the railway ministry since its implementation in September 2019. However, due to the arrival of the corona pandemic and the fall in booking of tickets, it got delayed. Gaya.”

Romeo Beckham, the second-oldest little one of David and Victoria, has signed to play for…

OnePlus 9RT smartphone will be launched in India and China in October, leaked information

Rishi Sunak has stated Nicola Sturgeon must be overwhelmed moderately than ignored, aiming a dig…