Why did Delhi HC uphold the appointment of Rakesh Asthana as Delhi Police Commissioner? 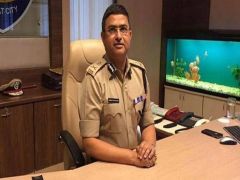 A bench of Chief Justice DN Patel and Justice Jyoti Singh said the procedure followed for the appointment of 1984-batch IPS officer Asthana has been followed for more than a decade. Not only this, in view of the unique needs of the national capital, some relaxation should be given to the authorities in such matters.

The High Court, in its 77-page judgment, held that prior to the appointment of Respondent No.-2 (Athana), eight former Commissioners of Police in Delhi were appointed by the Central Government since 2006, following the same procedure under which Respondent No.-2 was appointed. Appointed. There has never been any objection to the above appointments… Neither by UPSC, nor by any other party.

Asthana was serving as the Director General of the Border Security Force, but was appointed Delhi Police Commissioner on July 27, four days before his retirement on July 31. His tenure as the police chief of the national capital will be of one year. Petitioner and advocate Sadre Alam had sought quashing of the July 27 order of the Ministry of Home Affairs appointing Asthana as the Delhi Police Commissioner by granting him inter-cadre deputation and one year extension.

Delhi has a challenging law and order situation, which has international consequences, and thus at the discretion of the Centre, there was a need to select an experienced officer for the post. The court further clarified that the Supreme Court’s decision in the Parkash Singh case, which mandated minimum tenure for certain police officers and the formation of UPSC panels before selection, is not applicable to the appointment of the Delhi Police Commissioner, but to the state To apply on the appointment of DGP in

The Bench observed that it should be kept in mind that Delhi being the capital of India has a unique, special and unique requirement. It has witnessed several untoward incidents and extremely challenging law and order situations, riots, crimes which have an international ramifications, for which the Central Government has, among other facts, at its discretion, insisted on the appointment of an experienced officer who has a large para -Have extensive experience in leading the military.

The High Court further observed that as stated in the counter affidavit by Respondent No.-I (Centre), the order was passed keeping in view the background of the above factors. It said that this Court upholds the contention of respondent number-one that Delhi, being the capital of India, has its own characteristics, distinguishing factors, complexities and sensibilities, which are very few in any other Commissionerate.

The Court said that any untoward incident or law and order situation in the national capital would have far-reaching consequences, implications, consequences and implications not only in India but also on the international borders. Thus, it is necessary that keeping in view the complexities of the capital, some relaxation should be given to the Central Government for the appointment of Delhi Police Commissioner.

The Court also held that the Center has power under law to grant inter-cadre deputation and relax service rules, which allow extension of service beyond the date of retirement. The High Court in its judgment said that we have not found any irregularity, illegality or malpractice in the proceedings of Respondent No.-I for appointment of Respondent No.-II, following the process which has been going on for more than a decade.

The Court further added that if a procedure has been followed by the Central Government since 2006… which has stood the test of time without any objection or challenge before any court or legal forum, then it will be entitled to equal status. does. We accordingly see no reason to direct the Respondent No. 1 to depart from the old practice and procedure followed for the appointment of the Commissioner of Police, Delhi… The justification and reasons given for the same are credible and do not require judicial review.

The Center had argued that the PIL and the intervention petition of the NGO Center for Public Interest Litigation (CPIL) challenging Asthana’s appointment before the Supreme Court deserved to be dismissed with exemplary costs. Asthana had told the court that there was a continuous campaign against him on social media and his appointment had been challenged legally.

The man made such a huge rangoli in the passion of THAR, a name recorded in India Book of Records

Festive season: Axis Bank is offering on purchases through credit and debit cards, home loan will be available at the rate of 6.9%

Alexei Navalani’s condition is very bad, doctors said – If you want to save your life, go on hunger strike