Since 2014, the central government blocks 296 mobile apps, the minister said – steps taken to protect the country 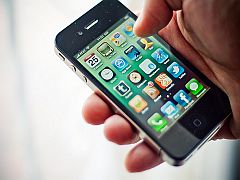 “In the interest of India’s sovereignty and integrity, the government has blocked these apps to maintain the security and public order of the state,” he said. The minister said that the Ministry of Home Affairs (MHA) had been requested to block these apps under Section 69A of the IT Act, as MHA received several reports about the misuse of some Chinese mobile apps on Android and iOS platforms Was found.

He said that there have been several reports of misuse of some of these apps, in which serious cases such as leaking of users’ data, sharing, sharing of financial data and real-time activity with servers outside India were reported. He said that this has led to considerable improvements in national security and the current tense border situation.

In response to a separate query, the minister said that with the growing users of the internet, mobile applications and newly developed technology, the theft of personal data from such apps and websites is also increasing. He also said that the government has already introduced the Personal Data Protection Bill, 2019 in Parliament and is currently under consideration of a joint parliamentary committee constituted by the Lok Sabha.

Dhotre said that this bill has a provision to protect the privacy and interests of Indian citizens. Dhotre informed that the Ministry of Electronics and Information Technology (MeitY) is finalizing the guidelines for WhatsApp, Facebook and other social media platforms.

The tribals of the island broke with the death of Prince Philip, their ‘god’ died for them

Xiaomi Mi 11 Ultra launched out of stock in one minute, sales worth crores of rupees