Selection of 112 places in the city for advertisements, Pimpri-Chinchwad Municipal Corporation will provide space 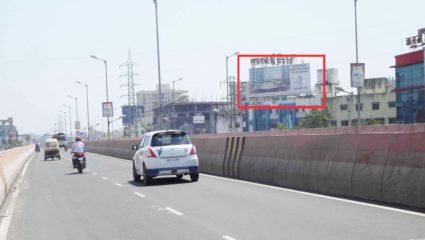 The city of Pimpri-Chinchwad is nationally known as an advanced industrial city. Presently Pimpri-Chinchwad city is moving towards Smart City. However, it has been observed that hoardings are being put up illegally in the city without the permission of the Municipal Corporation. That’s why the city is being scuttled. The Municipal Corporation strives to make the city view space as comfortable as possible. Therefore it has become necessary to regulate such hoardings. To give necessary information to the citizens of the city, for this purpose, while maintaining the road traffic safety and the beauty of the city, the Municipal Corporation may put up strong attractive hoardings of size 6 by 10 feet and 8 by 14 feet in the city. For this, places have been selected within each regional office boundary.

have to pay the required fee

These hoardings will be able to temporarily display relevant information, social activities, public awareness, birthdays of individuals, advertisements of tributes, greetings, greetings and other advertisements. For this, the process of issuing license for one to seven days will be done through the regional office by paying the necessary fee. All these processes will be implemented in a transparent online manner.

Can give suggestions in eight days

Municipal Commissioner Rajesh Patil said that the list of proposed places where hoardings can be put up, as well as the list of prohibited and negative advertisements and the conditions for issuing licenses have been published on the website of the Municipal Corporation. Along with this, all this information will be available in the Regional Office of the Municipal Corporation and Sky Sign License Department during office hours. If any constructive suggestion is to be given regarding this proposal, it should be informed in writing to the official mail id of the sky sign and licensing department as well as in all ward offices and in exceptional cases within eight days from the date of publication.