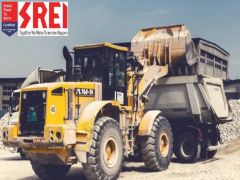 Rajneesh Sharma, the new administrator of Srei appointed by the Reserve Bank of India (RBI), took charge at the company’s headquarters on Tuesday. Along with this, he has also held a meeting with the heads of various departments of the company today. A person directly related to this matter gave this information.

The central bank on Monday sacked the boards of Srei Infrastructure Finance Ltd (SIFL) and Srei Equipment Finance Ltd (SEFL), citing corporate governance concerns and defaulting on loans. After this, Rajnish Sharma was appointed as the administrator of both these non-banking financial companies (NBFCs).

Power crisis deepens in India like China, only 4 days of coal reserves are left with power plants

The central bank will soon initiate the process of resolution of these two NBFCs under the Insolvency and Bankruptcy Rules 2019 and apply to the NCLT for appointment of the administrator as the insolvency resolution professional.

Please tell that Srei is facing a serious cash crunch. The Srei Group on Tuesday said the company was surprised by the move to supersede the board of the Reserve Bank of India and would take all necessary steps as advised by the lawyers.

Srei Group said it had submitted a proposal in October 2020 to pay the entire amount to banks under a scheme existing under Section 230 of the Companies Act 2013. The group said that the banks did not accept the offer.

Srei Group in its statement said, “Banks are controlling the cash flow of the company since November 2020. Around Rs 3,000 crores have been raised by them, out of which they themselves disbursed this money. Srei 30,000 crores in the last three decades.” Rs. 20,000 crore as interest and Rs. 20,000 crore as principal has been paid to the banks.

Services sector index at 55.2 in September, lower than August

The group further said that there has never been any delay in repayment of loans on behalf of Srei before the outbreak of Corona. The group said the NCLT order for all the creditors is still in process. In such a situation, we are surprised by this decision of RBI.

Hyundai Alcazar’s unofficial booking begins, know how much you can book this SUV for Rs.