Pig catching campaign in Chandur Railway, citizens took to the road under the leadership of former councilor Vanare 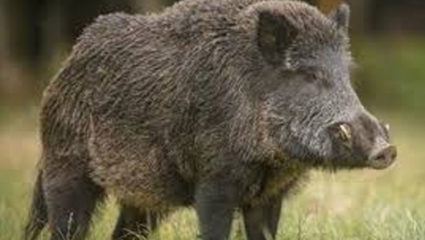 Chandur Railway. The residents of the city are facing increasing problem of pigs roaming in the city for the last 5 years. In view of the neglect of the city council administration and the negligence of the ruling and opposition, on Monday, Youth Sports Board, Sahas Sanstha, Bajrang Dal and the townspeople together started catching pigs roaming freely from 8 to 11 am.

There is terror in the whole city

For the past many days, the business line of the city, the groceries bags of the poor on the main square, vegetables, fruits, food material from the hands of children, cows, dogs from the hands of women in the streets, colonies, to remove the problem of pigs snatching stale food. On Monday, under the leadership of former corporator Bacchu Vanre, the townspeople came out on the road carrying nets, wire ropes, sticks to catch the pig in the city.

During this 10 to 12 pigs were caught. These pigs were put in the tractor and left outside the city. A crowd had gathered on the main square of the city to see this unique movement. Traders supported this campaign by keeping their establishments closed till 11 am. Seeing this movement of the townspeople, what action does the city council administration take. The eyes of all the townspeople are fixed on this side.

finally we had to get off

This initiative has been taken with the public to rid the residents of the growing problem of pigs. If the city council administration does not take action from 11 o’clock on Monday, every day the citizens will be caught in the cabin of the Chief Officer and Sanitation Inspector after catching the pig in the morning. The city will free the pig. -Bacchu Vanare, former councilor

Keeping in mind the Corona rules, a notice has been given to the agitators on behalf of the police administration under Section 149 of CrPC. On Monday, a strong police arrangement has been made in the city from the main square. Along with this, instructions are being given to follow all the information. -Magan Mehta, Thanedar

There is no owner of pigs roaming in the open in the city council area. To get relief from such pigs, 13 personnel have been deployed from January 10 to January 14 under Section 294 (3 (A) of the Municipal Council Act 1965. Who will campaign against the pigs and present the report in the office. Not to be negligent in any way. This team has been instructed by Meghna Wasankar, CO