In this neighboring country of India, the people were forced to buy potatoes 200, chillies 700 and brinjal for Rs 160 per kg due to bankruptcy. 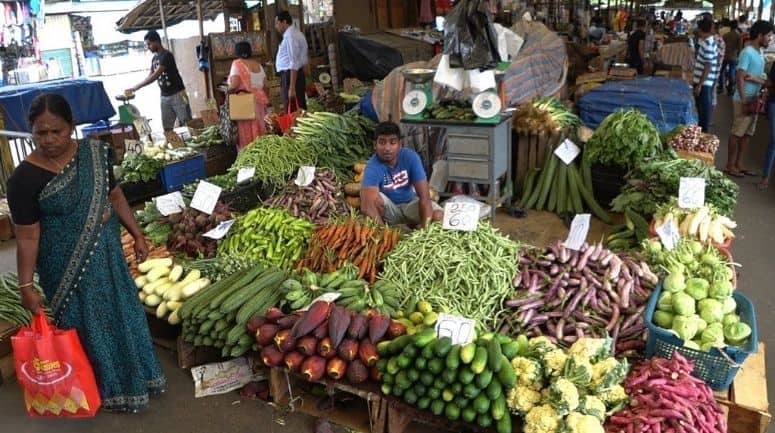 Media reports claim that Sri Lanka is facing a serious financial and humanitarian crisis and the country may go bankrupt in 2022. Inflation has reached a record level in the country and the prices of items ranging from vegetables to daily use have reached record levels. According to the report, there has been a jump of more than 200 percent in the price of vegetables.

What is the cost of vegetables?

The Bath Curry Indicator (BCI) of the Advocate Institute released a report on the prices of food items and retail items in Sri Lanka and the BCI in its report said that, in the last 2 months, the rate of inflation in the country has increased significantly.

Brinjal and onion prices are touching the sky

According to the BCI report, the prices of brinjal in Sri Lanka have increased by 51 per cent and brinjal is now selling at Rs 160 per kg in the country. While the price of red onion has gone up by 40 per cent, the price of potato has gone above Rs 200 per kg, causing a lot of resentment among the people of Sri Lanka. Along with this, there has been a shortage of milk powder in the country due to the stoppage of import of milk powder.

The report of the British newspaper ‘The Guardian’ has told about the pathetic condition of Sri Lanka and says that people in Sri Lanka have reduced the food and now people eat only twice instead of three.

At the same time, in the midst of the food crisis, the Rajapaksa government has already imposed a state of emergency in the country and a relief package of one billion dollars was given last month, although it does not seem to have any effect.

In Sri Lanka, the army has been given the responsibility of bringing food and drink to the people, so that black marketing is stopped. At the same time, Sri Lanka’s foreign exchange reserves are almost empty, due to which the situation of the country has worsened. According to the World Bank, food inflation rose by 22.1 percent in December, which is a worrying level.

Sri Lanka’s population is only 220 million, but this neighboring country of India is facing the most serious humanitarian crisis in history and the economic condition of the country has been ruined due to the ‘wrong economic policies’ of the Rajapaksa family and playing in the lap of China. .

Sri Lanka has taken a loan of about $ 5 billion from China and 3 days ago the President of Sri Lanka had appealed to China to give a ‘forgiveness’ in the debt, which has been rejected by China, due to which there is a fear that China Don’t start occupying Sri Lankan land.

Therefore, the crisis in Sri Lanka is a matter of great concern for India as well. Sri Lankan media claimed last week that the Indian government had given Sri Lanka $1 billion in aid, but Sri Lanka’s work would not be enough, leading analysts to believe Sri Lanka is still stuck in a more complicated situation.

You can understand the outcry happening in Sri Lanka in such a way that the price of gas cylinder has increased by 85 percent in the country, while the price of milk has also gone up to more than Rs 300 a liter and people in Sri Lankan villages have 100-100 grams of milk. are buying.

In fact, apart from the poor policies of the government in Sri Lanka and the Covid-19 pandemic, coming too close to China has had a very bad effect and the country’s tourism sector has collapsed. Tourism is a major contributor to Sri Lanka’s GDP, but the country’s tourism industry has suffered a lot due to the arrival of Covid-19.

From tomorrow, youth of 15 to 18 years will be vaccinated, vaccination is necessary for life safety