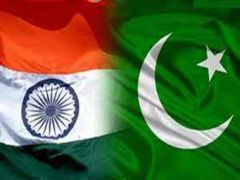 The Quadrangular Security Dialogue – Quad – is becoming fearless day by day. In the month of March, describing itself as a resilient group driven by like-mindedness, is now discussing peace and security in the Taiwan Straits.

Addressing the second quad meeting called within the first few months of his presidency, the first virtual and the second direct, President Joe Biden tries to address that America is coming back and that he will lead from the front. Has been doing. However, the specter of Afghanistan continues to dominate this summit, which has given quite the opposite gesture.

How is New Delhi reinforcing these conflicting signals and then retreating? Is New Delhi ready for this ambitious Taiwanese agenda? On the one hand, the US decision to withdraw from Afghanistan has angered their traditional allies, forcing some of them to write obituaries of US hegemony in their homes.

New Delhi has neither expressed its dismay nor condemned it. Unlike him, the Indian External Affairs Minister, S. Jaishankar, America is very optimistic about capability. There is a different kind of hesitation in the strategic corridor of New Delhi. And that concern is about Pakistan.

Despite a consensus reached in Washington on the alleged role of the Pakistani military behind the US defeat in Afghanistan, it has denied any policy change in the face of fears about nuclear proliferation and US logistical requirements. Now the question for India is that: If America does not make any changes in its policy towards Pakistan in order to meet its narrow needs, without giving due attention to India’s concerns, then how far India should consider itself Taiwan. Should the case be extended?

As the US continues to flag Pakistan as a subsequent threat to India, it will not be surprising if tomorrow New Delhi also starts saying that Taiwan – which is prominently on the agenda of the Quod There is a big burning issue for America today.

Pakistan – an unsolvable enigma of America

A question that baffles people in India, but is beyond investigation, is why senior US Senator Lindsey Graham, instead of taking quick and effective action for Pakistan – the country that created the US defeat in Afghanistan , Envisioning a creative role?

Many old Pakistani observers in Washington have tried to answer this question. Chief among them is the nuclear fear – Pakistan is nuclear enough to fail Theory – meaning that any external sanctions weigh on any possibility of destabilizing a country with a nuclear arsenal in the wrong hands. Second, and more malicious, the debate broadcast by a Washington-based Pakistani negotiator who maintains that the United States must maintain neutrality between India and Pakistan in order to remain an efficient and effective crisis manager in South Asia.

Graham seems to be in the minority, with most leaders from Sen. Graham’s own political aisle, such as John Bolton, calling for sanctions against Pakistan and the tag of a major non-NATO ally charged with him. In favor of snatching. The issue made headlines during a recent congressional hearing, where Secretary Blinken assured the House member that the Biden administration would soon discuss its relationship with Pakistan. It’s quite a familiar script. Demands for a similar re-examination arose after the 9/11 incident and the Abbotabad raids carried out in 2011. Now the question is, when even the presence of Osama bin Laden in Pakistan could not change anything, then what will change now?

Anti-terrorism and evacuation fighting and Pakistan’s closeness with Afghanistan are crucial in this evolving situation. Geographical location has always helped Pakistan. Chinooks were found hovering over major cities in Pakistan after the recent collapse of Kabul, despite Pakistani Prime Minister Imran Khan’s remarks being rejected in a strictly unacceptable manner. This only verifies what is known so far – foreign policy is absolutely lifeless for the civilian government of Pakistan.

In this puzzle – ban or not – forgetting the past, the White House is expected to give more attention to the needs of its equipment. Pakistan’s engagement with China will also be ignored. To be honest, the Biden administration has indirectly expressed its displeasure with Islamabad by not making a formal call to Prime Minister Khan, despite the general threat by Pakistan’s national adviser that Pakistan has other options. This disgrace, however, does not necessarily mean a change in policy.

The lack of clarity on Washington’s part is a matter of concern, Pakistan’s support for anti-India jihad and with the help of the China-Pakistan alliance is still very worrying for India.

And New Delhi also wants to deal with Pakistan itself. However, the more busy India is on the western front, the more difficult it is for India to concentrate on its eastern and maritime fronts, where it is also threatened by Beijing. Amazingly, in the realm of US policy, Indian competence has never been discussed like this before, and it deserves attention.

For Washington, it is unreasonable to expect Quod members to have an implicit and automatic commitment to Taiwan. In India’s context, the issue is one of capability and commitment. In terms of resources, it would be easier for New Delhi to invest its geopolitical stock elsewhere if it faced fewer constraints on its western border. As far as commitment is concerned, however, if the Indian leadership is inclined to extend its support to the United States, then the decision to stand with the United Nations at the domestic level, which has been forgiving Pakistan, is absolutely That would be impossible.

The last time that Indian politicians had shown their readiness to lend their support to the US-led war of freedom from terror, after the 9/11 attacks, they are no longer able to do so for fear that they will face adverse public criticism. Don’t have to be a victim. Pakistan has now become an even more burning issue for India than before.

From limiting its arms with Russia to canceling crude oil import deals from Iran and Venezuela, sometimes at the cost of additional costs to its exchequer – India continues to contain Washington’s core interests. The United Nations, however, continues to completely ignore Pakistan’s acts of supporting anti-India terrorist activities and financially rewarding them in the name of relief from time to time. At one time, it may cost us a very high political price to pay.

India International Trade Fair 2021: For the first time during the Corona period, a trade fair will be held at Pragati Maidan from November 14 to 27

Regarded as a leading power, the US should signal to its allies and quad partners that Washington wishes to address its core concerns only as much as it distributes the burden among them. intends to do. If there is any change in the policy of the United States of America, it is likely that Taiwan will remain a very important issue of its own.

Three smartphones of Vivo X60 series will be launched in India today, know what will be special in them

Bank Holidays: Banks will be closed for 10 days in April, this is a list of holidays in different states