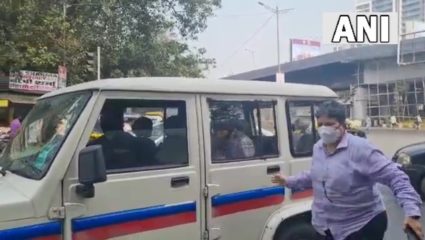 MumbaiThe accused Shweta Singh and Mayank Rawal, arrested in the ‘Bulli Bai’ app case, have been sent to judicial custody by the court. According to ANI, the police custody of both was over. After this, Shweta was presented in the court on Friday but Mayank Rawal could not be produced because he was infected with Corona. The court has sent him to judicial custody for 14 days. Both have filed bail petition in the court.

According to ANI, accused Mayank’s lawyer Sandeep Sherkhane told that Shweta Singh and Mayank filed a bail petition in the Bandra Court. The matter will now come up for hearing on Monday, January 17.

Mumbai Police has booked unidentified persons after complaints related to uploading of fake pictures of hundreds of Muslim women without taking permission for ‘auction’ on ‘Bully Buy’ app put up on open source software platform ‘GitHub’. FIR was registered. After investigation in this case, the police have arrested a total of three accused so far. At the same time, a case was registered in Delhi in this case in which Delhi Police arrested a person. He was identified as Neeraj Bishnoi.

In fact, after the Mumbai Police received the complaint, the Mumbai Cyber ​​Cell had caught student Vishal Kumar Jha from Bangalore in the case and later he was arrested. The police had sought court’s permission to remand Jha for 10 days and search his premises in Bengaluru. A local court in Mumbai sent 21-year-old engineering student Vishal Kumar Jha to Mumbai Police custody till January 10.

Mac became a father, named his child HTML, there are also members in the name of design and research in the house, know the...

Pilot gave children control of the aircraft, then a mistake occurred and 75 people slept to death