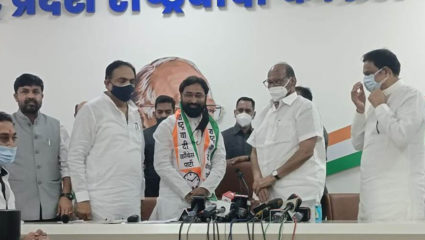 On the other hand, the strength of the NCP has also increased in the region, but his entry may increase the problems of some leaders and office bearers within the NCP party. Political upheaval is going on in the Hinganghat-Samudrapur assembly constituency. Former Minister of State Ashok Shinde had joined the Congress.

Farming is not done in Tabela: Vandele

Ticket booking for Spider-Man: No Way Home movie starts, know where and how you are getting discount on tickets

JhunJhunwala Portfolio: This stock of Rakesh Jhunjhunwala’s portfolio at a new 52-week high, continued rally even in weak markets