Under PM Fasal Bima Yojana, farmers will be compensated for crop loss 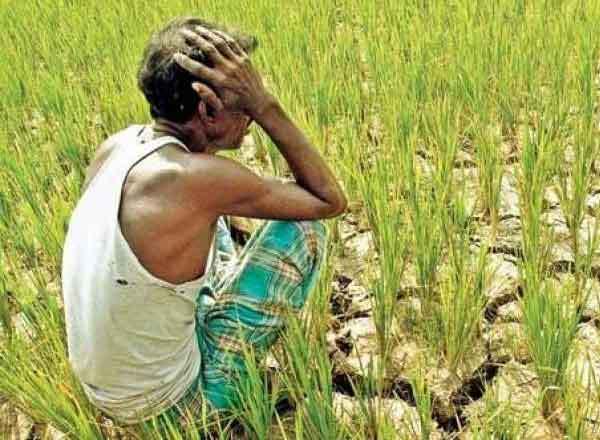 Under PM Fasal Bima Yojana, farmers will get 30.39 crore compensation to compensate for crop loss: India is an agricultural country. It is a country of farmers, where the majority of the rural population is dependent on agriculture. In view of this, Prime Minister Narendra Modi had launched a new scheme for farmers, the Prime Minister Crop Insurance Scheme (PM Fasal Bima Yojana) in 2016. These schemes help in reducing the premium burden on the farmers who take loans for their farming. They will also protect their fruits from bad weather.

Under PM Fasal Bima Yojana, farmers will be compensated for crop loss

Farmers of these districts will get compensation

Recently, Haryana’s Agriculture and Farmers Welfare and Animal Husbandry Minister JP Dalal said that the state government under the leadership of Chief Minister Manohar Lal took every decision in the interest of farmers immediately, to compensate the farmers’ crops due to unseasonal rains and hailstorm. 30.39 crore has been released. This amount has been released for the financial year 2019-20. He said that over 30 crore 39 lakh 75 thousand rupees have been released for compensation for the rains and hailstorms of Kharif and Rabi crops of October 2019-20. Due to unseasonal rains and hailstorm, farmers’ crops of wheat, mustard etc. were affected.

Farmers of these districts will get compensation

With this, let us know that under this, Minister JP Dalal has given information about the districts in which farmers will get compensation. Of this amount, 14 crore 66 lakh 40 thousand rupees for farmers of Bhiwani district, 7 crore 28 lakh 49 thousand for farmers of Rohtak district, 7 crore 56 lakh 18 thousand for Mahendragarh district and 88 lakh 67 for farmers of Yamunanagar district. Compensation amount of thousand rupees is included. Minister Dalal said that the standing crops in 6235 acres of farmers of various villages under Loharu and Tosham subdivisions of Bhiwani district were affected due to the problems. Those villages include Kasani Kala, Kasni Khurd, Surpura Kala and Surpura Khurd, Sidhanwan, Serla, Gopalwas, Hariwas and Mandoli Kala villages.

Apart from this, it is being told that in many states the farmers who had their crop insured under PM Fasal Bima Yojana. Those farmers are also being paid insurance. Under the PM Crop Insurance Scheme, crop protection is provided to the farmers at a very low premium, the farmers who have taken crop loans with the Kisan Credit Card, their crop itself comes under the purview of insurance. Other farmers can insure the crop as per their choice. Now the government has made the insurance of crops voluntary. The farmer can get insurance of his own free will. In the event of crop loss, the insurance amount is paid to the farmer after verification under this scheme.

Also read: – PM Kisan Scheme: Check whether or not Rs 2,000 came to your account under the scheme

Leaving the job and started the business from the room of the house, despite the covid epidemic, the business of 14 lakhs happened

HLPP or Term Plan – Which is Best if You Have a Home Loan?