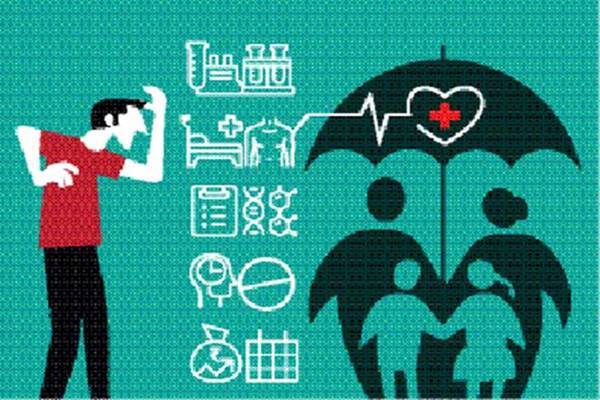 Recently, a research paper associated incidence of cancer in India was published in The Lancet Oncology journal. Stating an alarming statistics, the research paper said that in India alone, nearly ten lakh people are diagnosed with cancer each year, of which, almost six-seven lakh people succumb to it.

It also stated that by the year 2035, these numbers may almost double, reaching 17 lakh new cancer patients and about 12 lakh deaths resulting from the disease, each year.

If we ask this question that how long are you going to live, we are sure everybody would answer that it depends upon their health. So, health is a deciding factor when it comes to the longevity of one’s life. Now when we talk about deaths by other diseases other than cancer, the condition is that ischemic heart diseases cause 8.76 million deaths worldwide. Also, cardiovascular ailments are responsible for about 17 million deaths. And shockingly, most of the deaths caused because the treatment is so expensive that most people cannot afford it. We know that chronic diseases attacking anyone and cancer on the rise, it is the best remedy other than following a healthy lifestyle, that one should be ready for the worst and prepare for the best.

We have to agree that the cost of medical treatment, especially cancer in India as well as abroad is also exponentially increasing along with the growing incidence of the disease. Hence, a comprehensive health insurance policy will be there to offer the needful cover in the hour of need. However, many of you might see the coverage for the same in your basic health insurance policy as well. But let me tell you, these coverage are limited for inpatient hospitalization and the treatment in hospitals of India only. However, these health insurance policies also come out with several sub-limits on the payable amount in different scenarios. Such a policy may not be sufficient and might not offer complete cover in the hour of need. In such a scenario you might need a complete disease-specific cover.

What Does Critical Illness Mean

If you do not read the fine prints of the policy then you might end up with the wrong assumptions and misconceptions as well. To understand what your plan covers and whatnot, it is highly important to go through your policy documents and read the fine print thoroughly before taking any final decision. A single misconception might leads to rejection.

You might be knowing that rejection of one’s claim is said to be worse than not having a critical insurance cover. It is worth worrying that a medical treatment expense can wash off the savings of any person in a single go; even if (s)he had spent a lot of money while buying the plan, if the claim is rejected. It is important to think that purchasing an insurance policy in the first place is of no use if it cannot be used when it is needed the most.

A patient’s life has a lot to do with any major sickness or illness. It leaves the family members shattered both emotionally as well as financially and at the same time leads to huge medical treatment costs as well. In such situations, a Critical Illness Insurance acts as a real saviour, looking after the financial protection whenever there is a shortage of funds for getting the patient treated. Under a critical insurance plan, the insurer will offer a lump sum amount to the insured in the case where he/she gets diagnosed with any critical illness.

The job of the critical illness plan is to provide coverage against expensive medical treatments, especially required for specific diseases. The policy pays a lump sum amount to the insured to deal with the heavy cost of the treatment. The policyholder can easily use this amount as per his/her requirement, for expensive medical treatments, recuperation aids, etc. Hospital bills are not required to make a claim. Additionally, critical illness insurance comes out with the option of a huge cover (between Rs 15 lakh to Rs 50 lakh). They are cheaper as compared to the comprehensive medical insurance plans.

Similarly, when it comes to analyzing how useful are these plans in case of any diseases like cancer, one biggest issue is that they offer limited cover. Like it will provide the cover in case of cancer only at an advanced stage (they come with a 90-day waiting period). Hence, such plans offer coverage where a malignant tumor exhibits uncontrolled growth or at a very advanced stage.

A few of the domains where critical illness insurance plans lack are addressed by cancer insurance- a dedicated cancer care product. Cancer insurance is a special type of critical illness policy plan. Under these plans, the cancer-specific insurance policy provides substantial cover for a whole range of costs associated with the diagnosis and treatment of cancer, including hospitalization, chemotherapy, radiation, surgery, etc.

Inclusions of a Cancer Insurance Plan

Generally, comprehensive cancer insurance policies cover almost every type of cancer, including early as well as advanced stages. Some of the types of cancer covered by these insurance plans, under which the insurers pay the amount at minor and major critical stages as well associated with the different types of cancer diagnosis, ongoing treatment, and surgery, are:

Skin cancer is not liable to get the cover. Also, claims will be rejected in the case where the results from or is contributed to by STDs, HIV, or AIDS. Additionally, cancer caused due to pre-existing medical conditions, congenital conditions, and biological, nuclear, or chemical contamination, such claims are also not payable.

How a Cancer Insurance Plan Works

In case, the policyholder gets diagnosed with cancer of any particular category defined under the plan, a certain percentage of the sum assured is paid out as a lump sum amount at that time. However, it will be subjected to applicable limits. Also, it is important to know that the payout varies as per the cancer stage and any claims previously admitted under the same policy. Certain insurance policies offer free regular cancer check-ups through the entire duration of the policy’s term, for ease of its customers. Meanwhile, any cancer care products generally do not offer death, maturity or surrender benefits.

Advantages of a Cancer Insurance Plan

Features of a Cancer-Specific Plan

Although a dedicated cancer-specific insurance product has its advantages, still the experts if the industry recommends that such a product is most beneficial for those falling in the high-risk category. Anything that includes anything due to family health history, environmental, lifestyle, smoking, tobacco or other such contributory reasons, (s)he is at a greater risk of developing cancer, falls under high-risk category. Taking a dedicated cancer insurance policy in such cases becomes well worth it.

Meanwhile, we must remember that cancer is not the only critical and life-threatening disease, there are many on the list as well. Blood pressure, diabetes, heart, liver, lung, kidney-related ailments, etc. are just a few of them. Thus, if somebody is not in the high-risk ‘cancer’ category, to purchase a critical illness plan makes sense and be called as a smart decision. This happens because it provides broader coverage against a wide range of critical diseases, and at competitive prices.

It is appreciating and a very smart move to have a critical illness insurance policy because it protects against any terminal diseases that can lead to death. On the other side, a dedicated cancer insurance plan helps its policyholder restrict the expenses arising out of cancer treatment. Here is the list of differences between the two:

Which One is Beneficial to Go

Though the question falls in a category cancer-specific one, still it is necessary to understand which one is better to go. However, the answer is not so difficult, it is that it varies from person to person, situation to situation. Also, given the choices in the insurance industry makes this question more and more difficult. But according to the experts of the field, one must go for a regular health insurance plan with an adequate sum assured.

We have to agree that a person’s most of life depends on his/her good health. Disappointingly, the hectic lifestyle human leads these days, and the increased level of stress has increased the instances of critical illnesses and cancer as well, even among young adults. Adding to this is that the healthcare costs are skyrocketing, and hence, the human must secure their life with adequate health insurance coverage. We PolicyX, recommends our reads that survey and read well before buying any such plan, as there are certain insurance plans as well that makes it even more convenient to buy by offering a two in one plan that provides coverage for cancer and other illnesses as well.

What did the political analyst who reached Australia to take part in the reality show said, which made things worse, the government will send...

SIP Tips: When should investors stop SIP, when should you withdraw money? Learn important tips

Stay healthy, so keep your digestive system and metabolism fit!