Is COVID-19 spreading from notes? Traders sought answers from the government 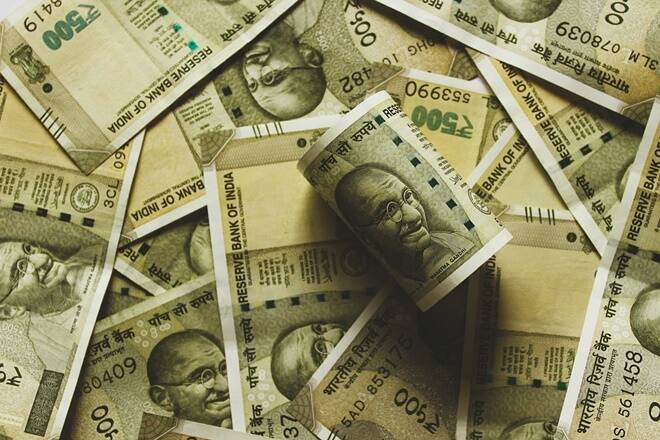 The Confederation of All India Traders (CAIT) has sought clarification from the government on whether the currency notes can spread coronavirus. In a letter sent to the Union Health Minister, Dr. Harsh Vardhan, CAT has said that several reports have stated that currency notes are carriers of many infectious diseases including Covid. On whether or not corona can spread through them, the government should issue an authentic explanation as currency notes reach a large number of different people through an unknown series of different people.

CAT national president BC Bhartia and national general secretary Praveen Khandelwal asked whether currency notes are the carriers of infectious diseases and if there are preventive and safety measures to avoid them. This information is very important not only for the traders but also for the people of the country so that any possibility of spreading corona through currency notes can be stopped. This is also important because the circulation of cash in the country is very high especially in small towns and rural areas.

Bhartia and Khandelwal said that the issue of currency notes capable of spreading infectious diseases has been a cause of great concern for traders across the country for some years. In the current COVID pandemic, there is a lot of concern among traders across the country because publicly available information has confirmed in various international and national reports that currency notes are carriers of infectious diseases.

Currency notes are exchanged between a series of unknown people and for this reason currency notes have been described as very deadly for various viruses and infections. In this way, it poses a major threat to health, for which it is very important to know whether the COVID epidemic also spreads through currency notes.

In this regard, CAT has drawn Dr. Harsh Vardhan’s attention to three publicly available reports that prove currency notes as carriers of the virus. In this context, Kat said that a 2015 study by King George Medical University, Lucknow showed that almost the entire sample of 96 banknotes and 48 coins was contaminated with viruses, fungus and bacteria. In 2016, in a study conducted in Tamil Nadu, more than 120 notes were collected from doctors, housewives, markets, butchers, of which 86.4% were suffering from infections. At the same time, in the report of a study done in Karnataka in the year 2016, 58 of the 100 rupees, 50 rupees, 20 and 10 rupee notes were corrupted.

CAT has urged Dr. Harsh Vardhan that this important issue should be taken up on a priority basis immediately and the government should clarify whether viruses and bacteria, including COVID, are spread through currency notes so that people can spread through the notes To protect yourself from viruses.

Put your smartphone to work, take photos and earn money, learn what is the way