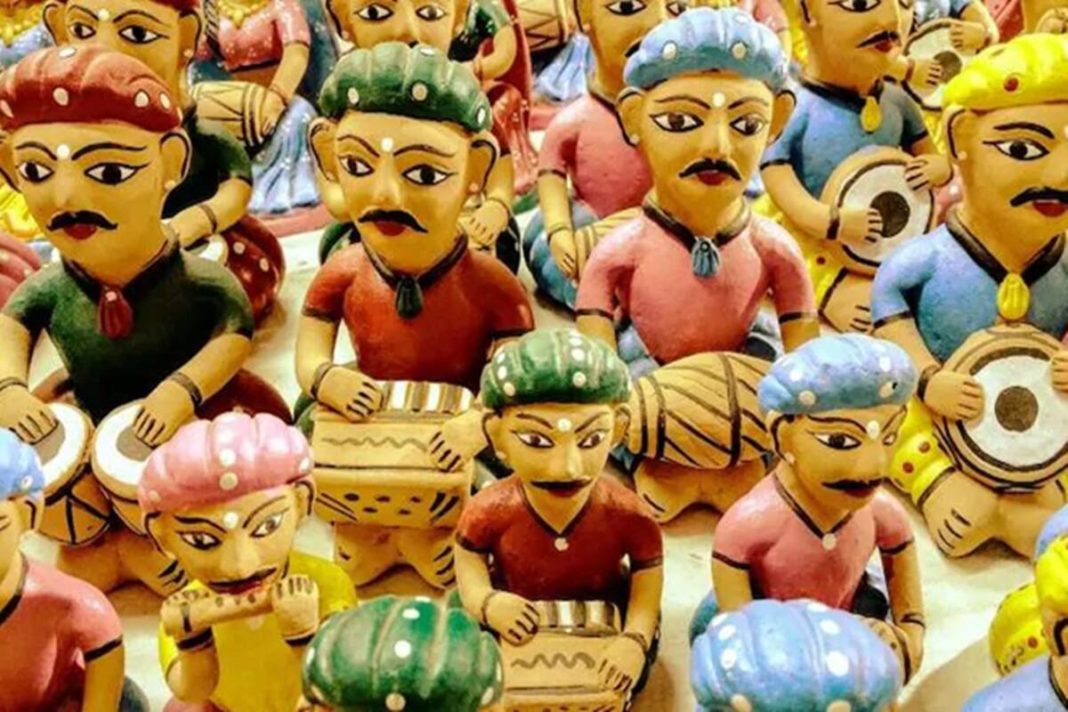 The Confederation of All India Traders (CAIT) has termed Prime Minister Narendra Modi’s motivation to inspire Indian toys to play a bigger role in the global toy market in the Mann Ki Baat program. CAT says that it is clear that there has been a big change in the basic policy of the government and now the government has fully mobilized to reduce the dependence of foreign goods by making the country self-sufficient by encouraging Indian products. Now the country’s toy industry has come on the priority of the government, which is an auspicious sign for the country’s traders and small scale industries.

In this regard, CAT has urged the formation of a National Toy Policy and an Expert Committee. CAT says that the committee should include senior officials and business representatives and suggest to the government an in-depth study of the toy sector in India and necessary measures to increase the production of both mechanical and electronic toys.

CAT’s national president BC Bhartia and national general secretary Praveen Khandelwal said that according to an estimate, the annual turnover of the toy market in India at present is about Rs 25 thousand crores, of which China accounts for about 65% and toys about 5% other. Are imported from countries. The remaining 30% of toys are manufactured in India. There are more than 6000 toy manufacturers in primary, micro and cottage sectors in India. Apart from China, India also imports toys from Thailand, Korea and Germany. China, in particular, has grown tremendously in the toy sector in the last 5 years and has aggressively introduced Chinese toys to the Indian market with its low-value toy products.

Further said that although these Chinese products are of use and throwing nature, Indian toys are more durable and strong but Indian toys become expensive due to various reasons. The Indian toy sector is facing many hurdles, which hinders the development of this sector in India. As a result, dependence on China for these products has increased substantially. However, Indian toys are highly capable of export but for this, a strong policy of the government is needed to support the toy sector.

Problems faced by the toy sector

Toys Association of India President Ajay Aggarwal and Convenor Manu Gupta said that Indian toy sector can do better and give tough competition to others in the domestic and global market. But since the toy sector has been facing some major hurdles for a long time, the growth in the Indian toy sector is far less than the expected growth due to this. He said that there is no policy to solve the problems of the toy industry, growth is taking place in this sector very slowly. There is a lack of a coordinated approach between different agencies. Apart from this, toy manufacturing is a voluntary sector, which requires a lot of lands not only for production but also for storage and packing of finished products. So far the available land is very less, which hinders production to a great extent.

Apart from this, the lack of easy access to loans or financial assistance from banks is also another major obstacle, which prevents the production of toys in India. Two GST rates on various toys complicate the tax process. There is a lot of lack of design and innovation in the toy industry, due to which it is very difficult to create new products. Sorry, there is no single dedicated toy design institute in India. He further said that most toys sold in the world are electronic, whereas toys made in India are mechanical. Toy manufacturers are reluctant to make electronic toys due to higher GST rates on electronic toys.

Bhartia and Khandelwal said that Prime Minister Modi has called for Indian toy manufacturers to become major shareholders in the global toy market of around Rs 7 lakh crore, which is welcome. CAT will soon meet Union Commerce Minister Piyush Goyal with a delegation of toy manufacturers in this regard and urge them to formulate a national toy policy, with which a national toy development program will also be linked. Apart from this, CAT will also urge to remove inequality and discrepancy in GST rate of toys.

RIL to strengthen further after deal with Future Group

Currently, mechanical toys are subject to a 12% GST rate and electronic toys at an 18% tax rate. CAT says that a plug and play policy is needed for toys in India. In this context, CAT will also urge Goyal to build Toy Design and Development Institute at 6 places in the country, which will benefit toy manufacturers across the country. It was also stated by CAT that a proper import substitution policy is also needed to boost the export of toys, which will lead to a strong development of India’s toy industry.

Record what Google is doing on your smartphone, know this in minutes