What is Torque? What is BHP (Power)? Understand the difference between power and torque 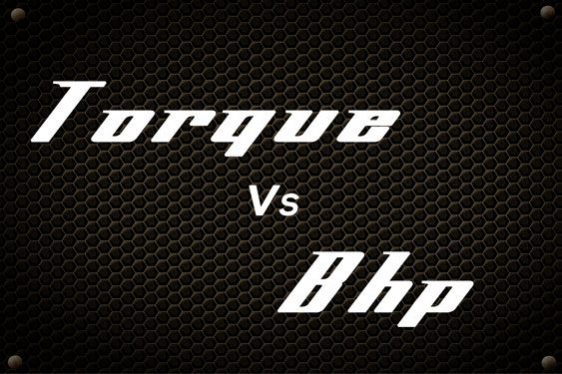 The torque of the engine can be reduced more, this is done with the help of gear ratio because each gear is set on different ratio.

Torque is the twisting force, which helps in rotating something. Power is related to speed, that is, how fast and fast it is working.

If you too are confused between power (bhp) and torque and are not able to decide which type of car is right for you, high torque or high power (bhp). So understand the experts not in the language of physics but in easy language, what is the difference between them…

Understand the difference between power and torque

To understand the power one has to understand the torque first. Torque is the twisting force, that is, the force that helps rotate something. If the handles are rotating to open the doors, then the force applied is torque. The force you are applying to get the nuts to open is also torque, that is, every force that will help to rotate something will be torque and doing this work at a speed will be called power. The force it takes to reach from point A to point B is called torque. Now how fast this car will decide the distance between these two points, it will be called its power. Power is directly related to speed, that is, how quickly work is being done.

The faster the piston works, the more RPM is generated and the more torque it will help to produce.

As we all know, the engine operates on a four-stroke principal. The cylinders in the engine have a combustion process inside them, causing the pistons to move up and down. The faster the piston works, the faster the crankshaft rotates. That is, the energy released from this entire processor drives the car.

BHP (brake horsepower) means the on-crank power of the engine, that is, when the company tests the engine in controlled condition (in this condition the engine does not have any wheels nor any weight on it) and in this condition, The power the engine produces is measured in BHP. Whereas, the company’s reference from HP is on-wheel power. The power loss due to gearbox-suspension-chain tension is measured in horsepower (hp) produced by the engine after all these power losses. Hence there is a difference between BHP and HP.

The engine can be tuned in many ways First or second gear is used for climbing because here we need more torque rather than speed.

The torque of the engine can be reduced more. This work is done with the help of the gear ratio. Each gear is set on different ratios and with the help of these ratios, the torque is reduced by reducing the distance. For example, understand that the first and second gears get more torque because this time does not require speed but It takes strength to push a car forward.

First or second gear is used for climbing, because here we need more torque rather than speed. Every vehicle engine is tuned for different tasks. Talking about the Mahindra XUV500, it has a 2179 cc engine. Its engine is specially designed for speed, its seating capacity is also fixed, so it will get more BHP but in the case of Mahindra Bolero pickup, it has a 2523 cc engine. This vehicle is designed to carry luggage, so despite having a large engine, it gets less power and more torque.

What is more important than power and torque?

Experts told that if you are going to buy a vehicle, then attention should be given to both power and torque, although the preference is different. How the power and torque is set in the cart, it is also different from company to company. Maybe, because some companies focus on mileage, some on performance. So if you have to walk on most ghats or hilly routes, then it may be more beneficial for you to get a diesel car because diesel vehicles get more torque. Whereas, if you drive mostly on flat surface, then you should buy a car which has more power as we see in petrol vehicles.

Note- All points based on interaction with Auto Expert Vikas Yogi

Start adding money for your child’s education right now, so planning will not cost college fees

For future planning, it is better to start investing as soon as possible.Most parents start…

JhunJhunwala Portfolio: This favorite share of Rakesh Jhunjhunwala jumped 12 percent in a month, know how much it will increase now

TVS Eurogrip showcases new merchandise at The Tire in Germany

TVS Srichakra, a number one producer and exporter of two-, three-wheeler and off-highway tyres has exhibited…

Around 100,000 civil servants will strike on 1 February in a worsening dispute over pay,…