People who are crazy about this luxury SUV, catches 100 kmph in 3.6 seconds 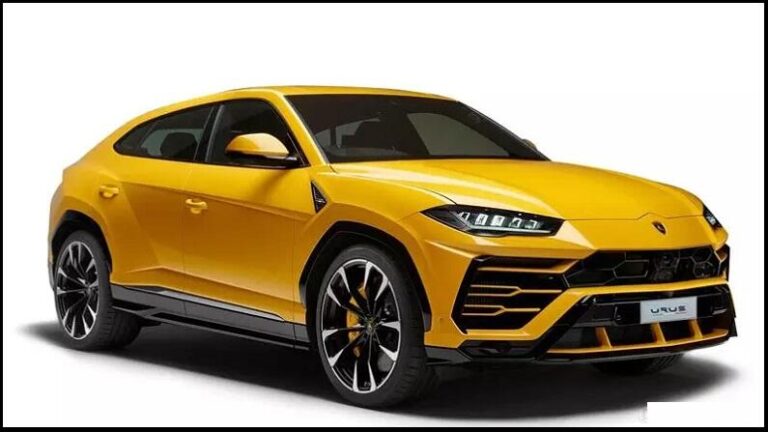 The Urus is the most successful model of the company which has beaten the Huracan and Aventador. In the first half, 2,796 people have bought it across the world and this has increased the sales of Lamborghini significantly.

The legendary luxury carmaker Lamborghini’s Urus SUV has achieved a new record in no time. The company has produced 15,000 units of the Urus. This SUV has become the company’s most produced car in the shortest time.

This new record-setting SUV has been produced for the British market. It is offered with a set of Graphite Capsule colors and finishes. The exterior gets a new shade of Grigio Cares matte with Verde Scandal detailing. The two-tone interior includes Nero Ade and Verde Scandal colors.

Huracan and Aventador left behind

The Urus is the most successful model of the company which has beaten the Huracan and Aventador. In the first half, 2,796 people have bought it across the world and this has increased the sales of Lamborghini significantly. Compared to the first half of 2020, the company’s sales have increased by 37 percent this year. Apart from this, its sales have increased significantly compared to 2019.

The Lamborghini Urus SUV is equipped with exceptional performance and versatility, which makes this SUV a super sports car. The sportiness, reliability and off-road capabilities of this car have made it the best selling Lamborghini model at present. The SUV is powered by a 4-litre twin-turbo V8 engine that produces 650 horsepower at 6000 rpm and 850Nm of torque at 2250rpm.

Urus can accelerate to 100Kmph in just 3.6 seconds

Great offer! Buy 9 lakh car for just Rs 2.70 lakh and drive it for 18 months and get your money back

Now the police of this state will run these two indigenous electric bikes, will be charged in minutes and will get a range of 150KM

Relief to the families of employees killed by Corona, compassionate appointment of wives of the deceased

Nashik : The Social Welfare Department has resolved various doubts of the employees of the…

Time of triumph for GOP turns into ‘distraction’ with Santos

From PPF to NSC, know which government scheme is the best and where you will get strong return on investment

If you want to invest in small savings schemes, then some selected government schemes are…