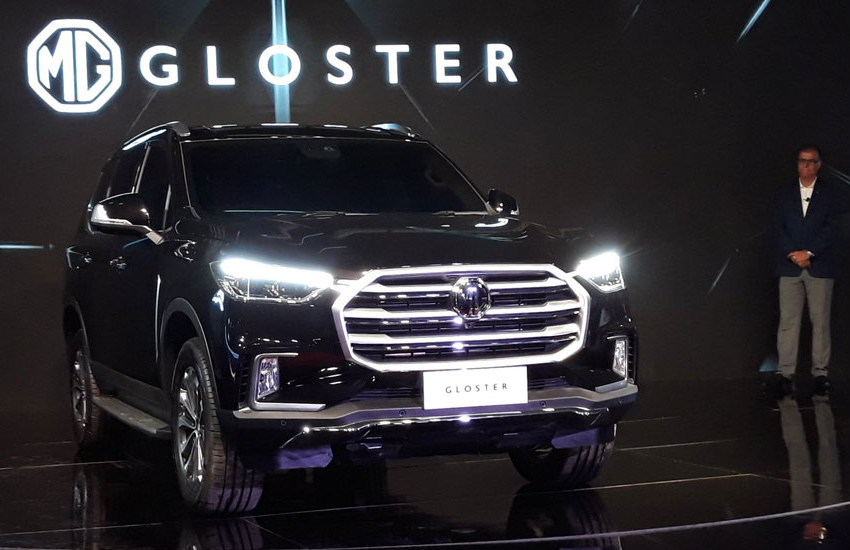 Currently, the company has launched MG Gloster only in diesel engine variants. It has a 2-liter 4-cylinder twin turbo diesel engine.

MG Motors has launched its new SUV car, MG Gloster, in India. This car has been launched by MG Motor India in four variants Super, Smart, Sharp and Savvy. The company announced the launch date of this car only last month. It is the country’s first Level-1 autonomous car. The company has already started pre-booking of MG Gloster. This car can be booked with a token money of one lakh rupees by visiting the official website of the company.

MG Motors did not disclose its prices when announcing MG Gloster. Now its prices have come out. Its initial ex-showroom price in the Indian market has been kept at Rs 28.98 lakh. While talking about its top end variants, its price is around Rs 35.38 lakhs. Let us know that MG Gloster is MG Motor’s third car in India. Earlier, the company has launched MG Hector and MG ZS EV cars in the Indian market.

Currently, the company has launched MG Gloster only in diesel engine variants. It has a 2-liter 4-cylinder twin turbo diesel engine. Its engine will be equipped with an 8-speed automatic transmission. The detune engine has been given in its lower variants.

Such features will be found in the interior

The interior design of this car is very good. It has a 12.3-inch infotainment system equipped with more than 70 car connected features. Its interiors are given in brown leather. Also, iSmart 2.0 technology has been used in this SUV. In this, users have been given a 12-speaker system for better sound effects. It also has features such as 64 ambient lighting, 8-inch Digi analog driver display, wireless charging, panoramic sunroof and medium captain seat.

Even during the Corona period, people bought gold fiercely, demand was more than 76 tonnes in just 3 months, know why

Gold Price: After becoming cheaper by Rs 1500 in a day, the price of gold has increased so much today, know the new rates