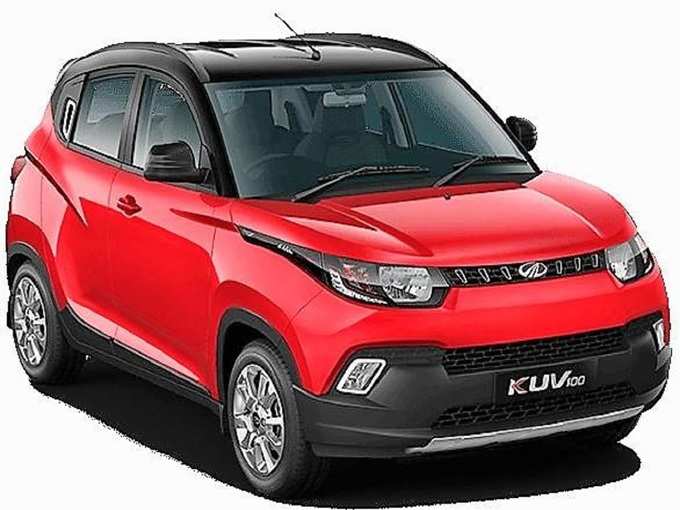 The Mahindra KUV100 NXT Dual Tone looks quite sporty in terms of design and the changes it has seen in recent times have greatly improved the look of this compact SUV. Also, the sliding roofline, chrome-finished grille, heavy muscular bonnet, silver skid plate and halogen headlights, as well as LED DRL, make it a very good car in terms of look and design.

Talking about the power of the Mahindra KUV100 NXT Dual Tone, the BS6 Compliant 1.2 liter mFalcon petrol engine generates 82hp power and 115Nm torque. This compact SUV of Mahindra has a 5 speed gearbox. The company claims that this car is quite good in its segment in terms of power. Talk about the Mahindra KUV100 NXT Dual Tone Interior It has a 7-inch infotainment system, which you can easily connect to Android Auto and Apple Car Play.

How much price for which variant

In terms of Mahindra KUV100 NXT Dual Tone Safety, it has other features including dual airbags, ABS, crash sensor and engine immobilizer. The K2 Plus 6 STR variant of the Mahindra KUV100 NXT in India starts at Rs 5.61 lakh and its top model K8 6 STR is priced at Rs 7.22 lakh.

Bring these 6 cars of less than Rs 6 lakh budget on festive season, mileage up to 22.05kmpl will be available

Mission: Impossible 7 and 8 release date extended, now this day will come in theaters

Take home this awesome bike by paying only 1300 rupees a month, gives mileage of 91kmpl

Due to rising petrol prices, people are now focusing on buying bikes with more mileage.…

The president requested and Beacon Hill says, no. State House leaders in response to a…