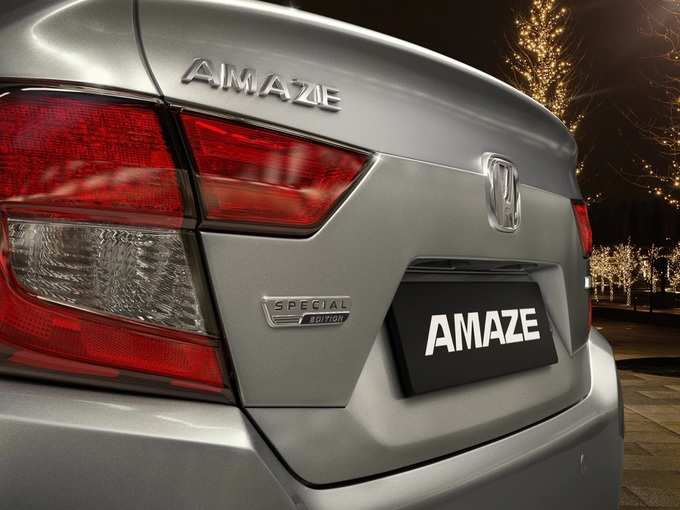 The 2020 Honda Amaze Special Edition has a very stylish look and uses new graphics. Along with this, there is also a special edition badge in its rear. The seat cover of the Honda Amaze Special Edition sedan car is also getting a lot of changes and it also has a sliding armrest. The car also has an updated Digipad 2.0, 17.7cm touchscreen, which is equipped with an advanced display audio system. The interior looks better because of these features.

Also read- Honda’s ‘Super 6 Offer’: Cashback up to Rs 5000 on buying a bike or scooter, cheap and easy loan

Up to 2.50 Lakh Discount on Honda Cars

Honda is offering tremendous offers on its cars during the festival season. The Great Honda Fest scheme offers discounts ranging from Rs 30,000 to Rs 2.50 lakh on different cars of the company. Although there is no offer on the new Honda Amaze Special Edition, the regular Honda Amaze is getting an extended warranty of Rs 12,000, an exchange benefit of up to Rs 15,000 and a cash discount of up to Rs 20,000.

This week Khiladi No.1 of CNBC-Awaaz will see a contest between Ashish Kyal of wavesstrategy.com,…

Budget 2022: Budget will give new heights to the market! Earning opportunities will be created, investment in these stocks will bring profits

Brokerage houses are considering the budget as positive for the market. He believes that the…

Stock Market on Record High: The stock market has set a record high in the…

Inclusivity in promoting: How ASCI plans to maintain tempo with the evolving society

On Wednesday, the Advertising Standards Council of India (ASCI) up to date its code to…