What is the depth of the inner layers of Mars? Scientists find out from data from NASA’s InSight lander 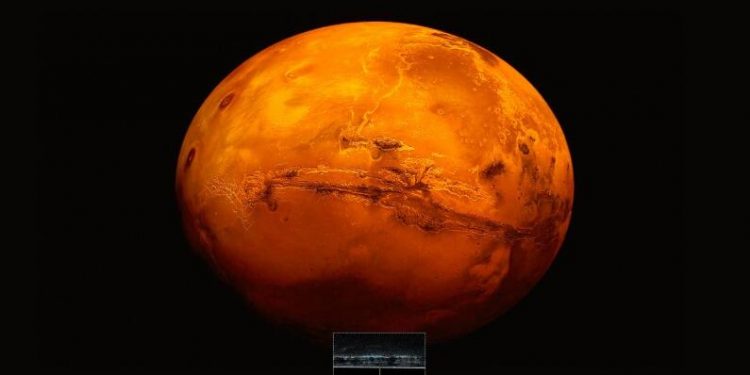 The study of the inner layers of Mars has been done by the University of Cologne, California Institute of Technology and ETH Zurich using data from the InSight lander.

The search for life on Mars has been going on for decades. But for the first time scientists have obtained comprehensive information about the inner layers of the planet. The US space agency NASA’s InSight Lander has detected the core, mantle and crust of Mars. With the help of ‘earthquake’ data on Mars, evidence of layers present below the surface have been found 41 miles away. Each layer of the crust is different and the mantle is up to 500 miles below. The rest is a core made of iron and nickel.

NASA’s InSight lander has been working on Mars since 2018. But in February this year, the work came to a halt after the end of its charge. The dust flying on Mars started sitting on the solar panels of the lander, due to which it could not be recharged. The inner layers have been studied by the University of Cologne, the California Institute of Technology and ETH Zurich using data from InSight. According to a study by the University of Cologne and NASA’s JPL, the crust beneath the InSight landing site is 12 to 24 miles thick.

Crust information essential for possibility of life on Mars

Researchers from the California Institute of Technology were also involved in this study. He says that by studying the layers of a planet, its origin and change can be understood. Getting information about it on Mars is very important for the search for life once there and the possibility of life in the future. Apart from this, the geomagnetic and tectonic activities happening there can also be understood. The inner layers can be studied by the waves raised after the earthquake.

According to the study’s principal investigator, Dr Napmayr-Andron, the motion of seismic waves in different materials is being studied based on seismology. This includes reflection and refraction. The study found that the top layer of the crust is about 5 miles. The next layer goes up to 12 miles. Then comes the core.

According to the data, its top layer is rocky and its depth can contain different types of rocks. The nucleus of Mars was studied in the ETH Zurich study. According to this, the radius of the core can be 1140 miles. There are indications that the cover of Mars is not made of two layers like Earth, but of one layer. Scientists hope that with the help of earthquakes on Mars in the future, more data will be available and more and more information will be revealed.

Also read: A small moon of Jupiter discovered, amateur astronomer found the moon like this in the solar system