US: Joe Biden said – ‘America is helping to enable India for vaccine production’ 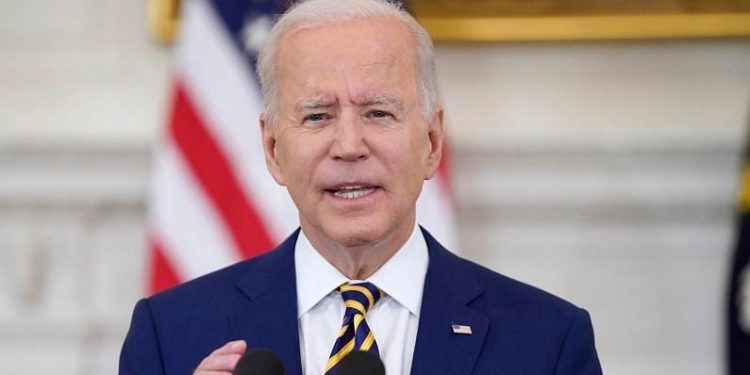 America’s President Joe Biden has informed about the US help to enable India for vaccine production.

US President Joe Biden has said that he is trying to help India and other countries to make them capable of manufacturing anti-COVID-19 vaccines. In a news conference at the White House on Tuesday, Biden said that the world needs several billion doses of vaccines and the US is committed to providing about half a billion (500 million) doses. Significantly, even during the G7 meeting, America had promised to provide 500 million vaccine doses to the world.

Joe Biden said in response to a question, ‘We are committed to providing half a billion doses of vaccines. We are trying to enable countries like India to produce vaccines on their own…. We are helping them in this work. This is what we are doing at the moment. He said, ‘We are trying and for this no payment is being taken from anyone. We are trying to do as much as we can. Biden said that in this fight to deal with COVID-19, America is ready to become a stockpile of vaccines in the form of weapons, in the same way as it was the arsenal of democracy during World War II.

Most Contributed to Kovax

The US President said, ‘We stand by the commitment. We have contributed more than any other country to the ‘Kovax’ initiative launched for the collective global effort to deliver the COVID-19 vaccine around the world. We have supported vaccine manufacturing efforts in other countries through our quad partnerships with Japan, India, Australia. Biden said that during his visit to Europe in June he announced that the US would buy 500 million doses of ‘Pfizer’ vaccine and donate them to about a hundred low- and middle-income countries. These doses will start shipping at the end of the month.

Biden said, ‘We had also announced to donate our 80 million doses to the world, the allocation of which has already started.’ According to the American University ‘Johnson Hopkins’, the cases of COVID-19 in the world have crossed 199 million and more than 42.5 lakh people have died due to infection. So far 3,17,69,132 cases of COVID-19 have been reported in India and 4,25,757 people have died due to infection. Rapid vaccination of people is also being done in India to deal with the coronavirus.