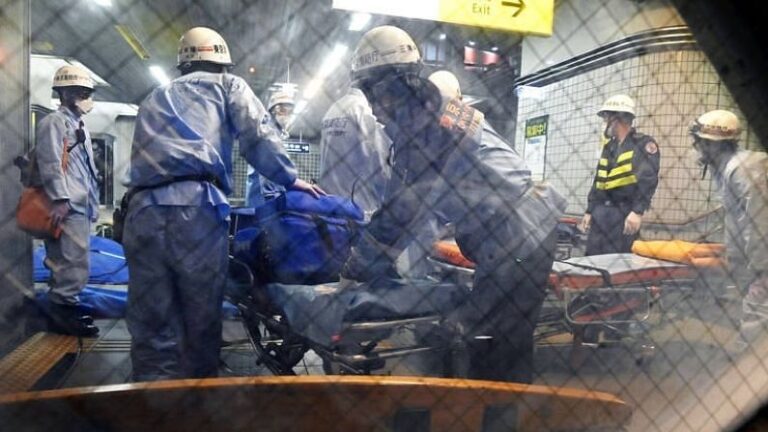 The accused told the police that his intention was to kill the women who were looking happy. He also attacked a woman sitting next to him in the bogie.

Police arrested an attacker who stabbed in a train inside a train in Japan’s capital Tokyo. In the stabbing incident that came to light late night, the attacker had stabbed 10 passengers and injured them. Public broadcaster NHK said the incident was not related to the ongoing Tokyo Olympics in the city. NHK reported that the 36-year-old assailant told police that he wanted to kill the happy-looking women. The accused said that he was choosing his target randomly.

According to NHK and Japanese media, the initial victim of the attack was a 20-year-old woman, whose condition remains critical. The Tokyo Fire Department said nine of the 10 injured passengers were taken to nearby hospitals, while the 10th passenger was able to walk. Fire department officials said that all the injured were conscious. Currently, the Olympic Games are going on in Tokyo, which are scheduled to end on Sunday. It has been told that the knife pelting incident was about 15 kilometers away from the main National Stadium. NHK said the suspect left his knife at the scene while on the run.

Why did the accused attack inside the train?

It has been told in media reports that the attacker went to a store after injuring people. Where he saw himself as a suspect on TV and started telling the manager of the store that he was tired of running. After this the store manager informed the police and then the police reached the spot and arrested him. The accused told the police that his intention was to kill the women who were looking happy. He also attacked a woman sitting next to him in the bogie. The accused told the police that he planned to attack inside the train because he could have killed a large number of people there.

The accused wanted to set fire to the train

NHK quoted police as saying that the attacker also had cooking oil and a lighter, which he had brought with him on the train, to start the fire after the attack. An eyewitness told that when the train stopped at the station, a large number of people came out of the bogie screaming. They were calling for help. Another eyewitness said that he saw people coming out covered in blood. At the same time, dozens of paramedics and police arrived as soon as the information about the incident was received. According to the railway operator Odakyu Electric Railway Company, there was a stabbing incident near Sijogakuen station.

Australia’s carbon emissions rose almost 1% in 2021, as driving and journey picked up and…

After all, why Ravindra Jadeja was not found in the team against West Indies? BCCI replied

New Delhi: The Indian team (Team India Squad) has been announced for the West Indies…

File Photo Pimpri : During the search of a missing person, a shocking incident has…