The hackers committed the biggest theft in the history of cryptocurrency and then returned some of it the very next day. This strange case has happened on the crypto platform Poly Network.

The hackers committed the biggest theft in the history of cryptocurrency and then returned some of it the very next day. This strange case has happened on the crypto platform Poly Network. Hackers stole $61 million (Rs 4,528.95 crore) of Ethereum, Binance Smart Chain (BSC) and Polygon from Poly Network. However, the very next day, the company informed that some part of the loot has been returned by the hackers. According to the tweet of the crypto platform, $ 477 million (Rs 35.44 crore) has been recovered. This is only 7.81 per cent of the total theft.

Government reached the negotiating table in 17 cases of retro tax, expected to settle with companies by next month

According to Blockchain Ecosystem Security SlowMist, the Poly Network’s cross-chain interoperability protocol was attacked by hackers and $61 million in crypto was sent to 3 addresses. According to the Slomist security team, they have found the mailboxes, IP and device fingerprints of the hackers through on-chain and off-chain tracking and are now being identified through these. According to Slomist, this theft has been done by planning in the long run. Poly Network has also tweeted all these three addresses.

1)The cross-chain interoperability protocol @PolyNetwork2 was attacked, and a total of more than 610 million US dollars were transferred to 3 addresses. The impact caused the transfer of large assets of the O3 Swap cross-chain pool.

The company called talks for a solution

Hackers have committed the biggest theft in the history of cryptocurrency and the team at Poly Network has resorted to negotiations to return the full amount of the loot to the hackers. Poly Network said the loot amount was the biggest theft in the history of decentralized finance and would be considered a serious economic offense in any country in the world. Poly Network said that hackers stole money from thousands of members of the crypto community. Poly Networks has asked hackers to find solutions through communication. Centralized finance (DeFi) is a financial system in which financial products are available on a decentralized blockchain network and can be transacted by anyone using a peer-to-peer method without a bank or company. 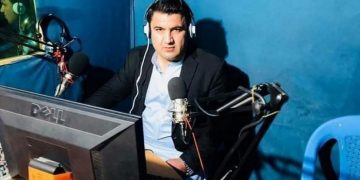