Terror ‘spread’ in Afghanistan, Imran now engaged in warding off, said- ‘We are not responsible for Taliban and neither are its spokespersons’ 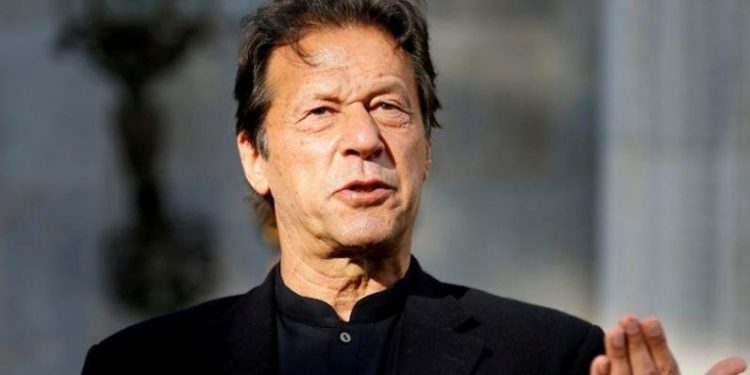 Imran Khan has said that whatever the Taliban is doing in Afghanistan. It is not the responsibility of Pakistan.

Pakistan Prime Minister Imran Khan said that his country cannot be responsible for the actions being taken by the Taliban after the withdrawal of America and its allies from Afghanistan. Imran said that his government is not the spokesperson of the extremist group. Talking to Afghan media representatives, Imran said, ‘What the Taliban is doing or not doing has nothing to do with us. We are not responsible for the actions of the Taliban, nor are we the spokespersons of the Taliban.

Actually, Pakistan is being accused of endangering and spoiling the Afghan peace talks. Imran’s comment was about the same thing. Pakistan has been saying time and again that it will not accept responsibility if it is blamed for any degradation in the Afghan peace process. Earlier in June, Pakistan’s National Security Adviser Dr Moeed Yusuf had also spoken of Pakistan’s innocence. He had said that the immediate withdrawal of American troops from Afghanistan is not right. In such a situation, blaming Pakistan in any way to save face will not be accepted.

What did Imran Khan say?

The Pakistani Prime Minister said, all we want is that peace prevails. Three million Afghan refugees live in Pakistan. A large number of them are Pashtuns and these people sympathize with the Taliban. How will Pakistan investigate who is going to fight in Afghanistan? He said, about 30 thousand people are entering our country every day. How can Pakistan investigate them? We have refugees here. So how can Pakistan be held responsible? He said that Pakistan has done 90 percent fencing on the Afghanistan border.

Why did Imran have to make this statement?

Pakistan has long been accused of helping the Taliban with military, economic and intelligence inputs in the organization’s fight against the Afghan government. But Imran Khan termed these allegations as highly unfair. Afghan officials have also accused Pakistan of providing air support to the Taliban. It has also said that Pakistan also threatened to retaliate to Afghan forces trying to recapture the Spin Boldak border area. In this way the intention of Pakistan is clear. This is the reason why Imran is presenting the clarification now.

Also read: ‘Pakistani conspiracy’ to spread violence in Afghanistan, 1000 terrorists are entering the country every day to spoil the atmosphere