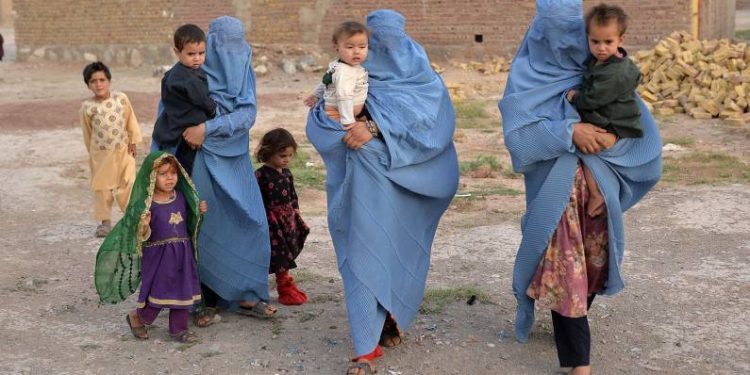 The Taliban said it did not want a monopoly on power. But there can be no peace in Afghanistan until President Ashraf Ghani is removed from power.

There is an atmosphere of fear among women as the command of Afghanistan appears to be coming to the Taliban. AFP

The Taliban said it did not want a monopoly on power. But there can be no peace in Afghanistan until President Ashraf Ghani is removed from power. Unless a new government is formed in the country through talks, nothing can be done right. Taliban spokesman Suhail Shaheen said this in an interview with The Associated Press. Shaheen is also a member of the negotiation team. He said the Taliban would lay down arms when Ghani’s government is gone and take over a government that is acceptable to all parties involved in the conflict.

Not in favor of monopoly on power

Suhail Shaheen said, ‘I want to make it clear that we do not believe in a monopoly on power because no government, which in the past intended to monopolize power in Afghanistan, has proved to be a successful government.’ He also directly included the Taliban’s own five-year tenure in this assessment. Also said that that’s why we do not want to repeat the same formula. Meanwhile, a Taliban spokesman called Ghani a provocateur of war and alleged that he had promised action against the Taliban in a speech he made on Tuesday on the occasion of Bakrid.

Last week, Abdullah Abdullah, who was number two in the government, held high-level talks with Taliban leaders in Doha. In this dialogue, the emphasis was on continuing the dialogue and protecting the security of the citizens and the country’s infrastructure. Shaheen described this conversation as a good start. At the same time, he said that the government’s continued demand for a ceasefire, that too while Ghani was in power, was equivalent to demanding the Taliban to surrender. “They don’t want reconciliation, they want surrender. Before the ceasefire, a new government is agreed upon which is acceptable to us and other Afghans and then there will be no war.

Women will get this discount

Shaheen said that under this new government, women will be allowed to work, go to school and participate in politics, but they will have to wear hijab or head scarf. He said that women will not need any male relative with them to leave their homes. Taliban commanders have ordered universities, schools and markets in the newly occupied districts to operate as before, with the participation of women and girls. (Language)

4600 million year old ‘treasure’ found in Britain, older than Earth, can reveal the secrets of life