Sitting up brings big changes in behavior, lying on the side reduces contact with the outside world, a unique experiment in Canada 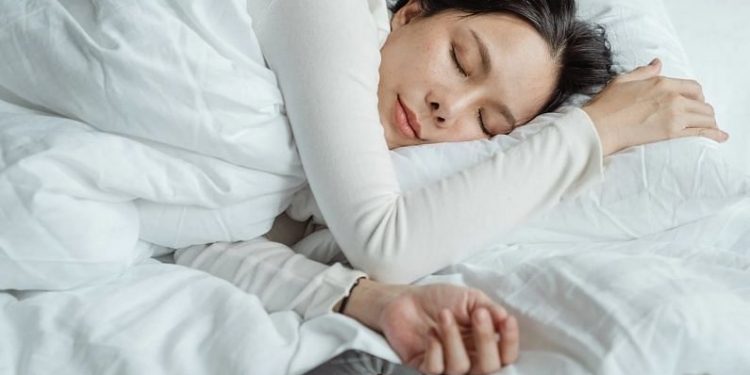 Canada: A special kind of experiment has been done in Canada, in which the effect of lying on the body has been found out. Through which an attempt has also been made to understand the mechanics of thinking.

You are troubled by the sound of Mosquito’s Buzzing around your head, suddenly this sound stops coming. You feel a slight prick on your skin and the very next moment the life of that little creature ends with the sound of ‘chatak’. It is a simple sequence, but the result of a complex process. How did you know where the mosquito was sitting on your body without seeing you?

Regarding this, David I. Shore, Professor of Psychology in Neuroscience and Behavior, McMaster University, Canada, says, “The human body is covered in about two square meters of skin, but without seeing that bountiful hunter, your hand has seen the crime scene. Found a way out and made a fatal blow to hunt down the ‘hunter’, but you didn’t hurt yourself during this. The advances that the world has seen in every field of science, including neuroscience, the mechanics of perception and thinking, are yet to be fully understood.

How does the sense of balance work?

Even the list of basic human senses is still a matter of debate: beyond the five traditional senses, many argue that balance—the body’s mechanism of adapting itself while in space—was involved long ago. should have been done. David I. Shore said that my colleagues at McMaster University and I have recently discovered a wrinkle in our cognition and sensation, allowing us to learn more about how our sense of balance works and How much does it contribute to our cognition?

It does not affect daily life

Blindfolding reduces our contact with the outside world, allowing our inner body-centered sensation to dominate. When people lie on their side, crossing their hands also improves their performance. In itself, this information is unlikely to affect daily life. But the fact is that by understanding this difference, we will be able to satisfy our curiosity in a meaningful way about how we adapt ourselves to the places where we live. For example, it can open the way for exploration in other areas including sleep.

“We observed and blindfolded the research participants’ ability to identify which hand we were stimulating first when we crossed hands and without crossing them,” he said. We have been doing similar experiments in our lab for about 20 years. In this case the results were consistent with what we had observed in other experiments: participants performed when their hands were crossed. Here a big difference was seen when the participants were lying on their side.

Improving the ability to feel touch

When their hands were crossed, we saw a huge improvement in their ability to sense touch. Like wearing a blindfold, lying on the side reduced the influence of external representations of the world and made participants pay more attention to their internal cues. This contrast between working upright and lying down, which we describe in Scientific Reports, leads us to wonder whether the brain consciously slows down most active orientation tasks—external representations—when we lie down so that we Sleep comfortably.

Also read- Video: Turkey’s sky started glowing with ‘green’ light after a loud explosion, some told Alien and some meteorites