Pakistan’s NSA Moeed Yusuf replied on the news giving military base to America, said – nothing happened on this 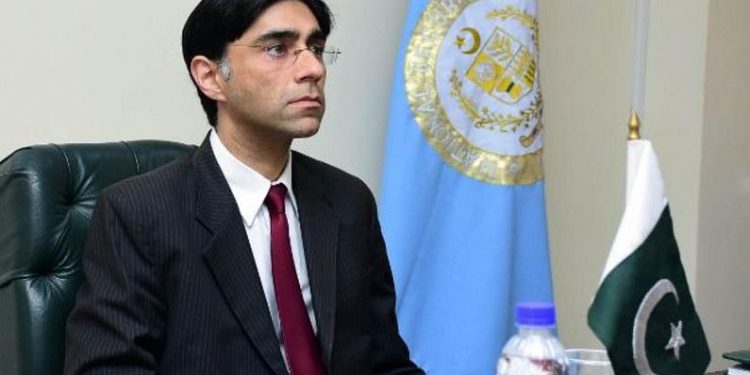 Military Base: For the past many days, it has been discussed that America had talked about giving military base to Pakistan to keep an eye on Afghanistan. To which Pakistan has said every time that it has refused for this.

Pakistan Military Base US: Pakistan’s National Security Advisor (NSA) Moeed Yusuf has said that no US official or lawmaker has asked for a military base in Pakistan. He also dismissed reports that the Biden administration is seeking to establish US military bases in the country. According to a news of the newspaper ‘Dawn’ on Saturday, Yusuf said this on the occasion of the end of his 10-day visit to America.

He met senior officials during his visit before leaving for Islamabad. Yusuf told Pakistani journalists living in the US, “During our conversation, the word base was not mentioned even once. It was only discussed in the media. He said, ‘During this visit, there was no discussion about the base from either side as we have already clarified our position (Does the US have Military Bases in Pakistan). This chapter is over.’

Prime Minister Imran Khan in June refused to allow US bases to be set up in Pakistan for military action inside war-torn Afghanistan (Pakistan NSA Moeed Yusuf). Khan feared that his country could be targeted in retaliation by terrorists. Earlier reports in both the US and Pakistani media claimed that the Biden administration wanted military bases in Pakistan to influence development in Afghanistan, especially if the Taliban capture Kabul.

desire for better relations between the two countries

Yusuf said that Pakistan wants to have better relations with both America and China (Pakistan NSA Moeed Yusuf). He said that Pakistan wants the US to continue to play its leading role in Afghanistan, as it did earlier. “In fact, we think the withdrawal of all US security forces will have a negative impact on the entire region,” he said. “Pakistan shares US aspirations for peace and stability in Afghanistan,” he said.

Also read- Next week very special! ‘Fireballs’ will be seen moving around in the sky, on this day 40 falling stars will be able to see every hour at night