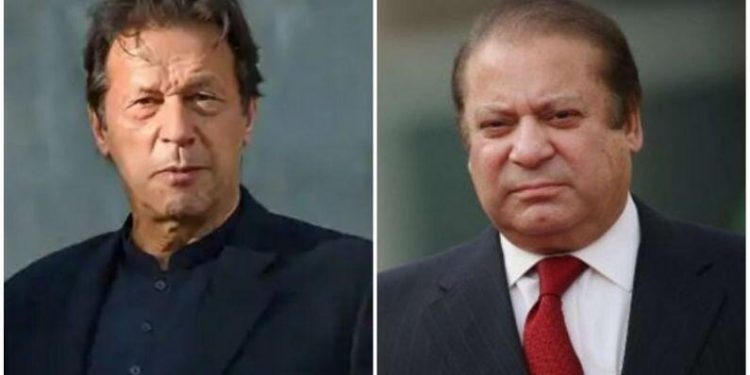 Nawaz Sharif: The current Prime Minister of Pakistan, Imran Khan, has been called unworthy and clumsy by the country’s former Prime Minister Nawaz Sharif. He has also released a video addressing the people of PoK.

Pointing to Imran Khan, Nawaz Sharif said, ‘Do you know that our government brought Pakistan out of darkness? And then some people stole the 2018 election, turning the country away from the path of happiness and success. Then he… converted the defeat of an unworthy, naive and clumsy person into victory and he was allowed to rule the country. Because of this people have to suffer a lot. We are all suffering the consequences of inflation, poverty and unemployment. Now it’s time to teach them a lesson.

Regarding the assembly elections going to be held in Pakistan-occupied Kashmir (POK Elections), Nawaz Sharif said that people have supported his party PML-N. In a video posted by the Pakistan Muslim League (N) Twitter account, Nawaz Sharif said, “We share a deep and warm relationship. This is a blood relation. And its effect has also been seen during the rallies of PML-N. I have no words to express my gratitude to the way you guys have welcomed Maryam Nawaz and other party members. You have maintained my respect by doing this.

Even basic needs are not being met

The people of PoK are very upset with the government of Pakistan (POK Elections Latest News). These people are demanding to meet the basic needs like gas supply, pothole-free roads. Along with this, the resources of the area are being taken advantage of by the ongoing projects, which is not doing any good to the people here, there is also a lot of resentment among the people towards the government. Even today, most of the people here have to cook food by burning wood. People do not get electricity in spite of running big power related projects here. People complain that electricity generated from Mangala Dam and other projects is diverted to other cities in Pakistan.