HomeWorldIsrael-Hamas clashed over Sheikh Jarrah, today the Supreme Court will decide on...
World

Israel-Hamas clashed over Sheikh Jarrah, today the Supreme Court will decide on it, what will be the future of Palestinians? 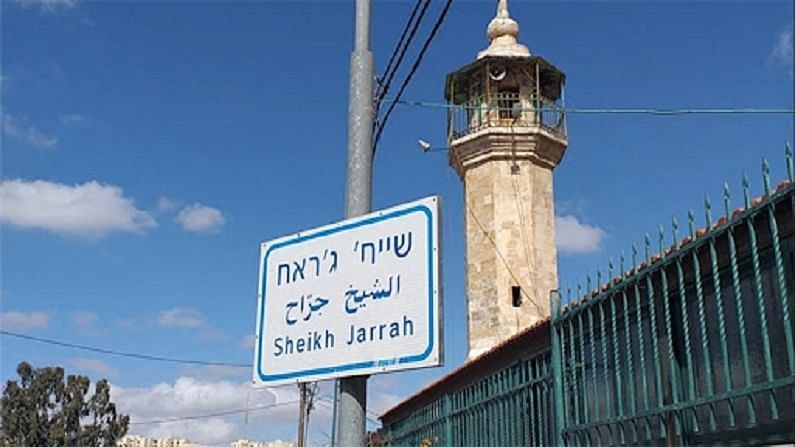 The Supreme Court of Israel is going to deliver an important decision regarding Sheikh Jarrah District today.

An area of ​​Sheikh Jarrah District

Israel’s Supreme Court is scheduled to deliver a verdict today on the removal of Palestinian families from the Sheikh Jarrah District of East Jerusalem. The last hearing in this case is to be held on Monday. Earlier this year, there was a fierce war between Israel and Hamas due to the protests in Sheikh Jarrah. If the verdict in this case goes against Palestinian families, they may have to vacate their homes for Jewish settlers.

The matter was to be heard in May itself, but the state attorney general sought more time to study the matter at the last minute. But during that time, Palestinian families were under pressure to vacate their homes, and this led to the worst violence in Jerusalem in recent years. During this, hundreds of people were injured in clashes with Palestinian police. The demonstrations in Sheikh Jarrah took place during the ban on visiting holy places in Jerusalem during Ramadan. Because of this, there was a lot of anger among the people.

The Israeli government was trying to postpone the hearing

At the same time, due to the deteriorating environment in Jerusalem, there was a fierce war for 11 days between Hamas and Israel, which governs the Gaza Strip. In this, 254 Palestinians were killed and 13 people died in Israel. The Times of Israel reported that the Israeli government is seeking to postpone the hearing by six months to defuse tensions and please the Joe Biden administration. The new prime minister, Naftali Bennett, may make his first state visit to the US in August. In fact, the Biden administration is opposing the removal of Palestinian families.

Several Israeli media outlets have also reported that the government will not issue a time limit to vacate the area if the court refuses to hear the Palestinians’ plea for appeal. Overall, this decision of the Supreme Court is being watched by all the communities of the city. Sheikh Jarrah has been in a police blockade since the protests and clashes in May. At the same time, the people living here say that the police have kept them in custody. Let us tell you that this area was traditionally Palestinian, but later Jews settled here.

Also read: Israel-Iran tension escalates after attack on ‘oil tanker’, threat of Israeli PM – will answer ‘in his own way’

Share
Facebook
Twitter
Pinterest
WhatsApp
Previous articleTechno Pova 2 smartphone with jumbo battery has arrived, great features will be available in just Rs 10,499
Next articleBig news on Bank Privatisation: Now this year there will be no privatization of any government banks, know why

What Happens When Your Carryon is Over the Limit

Modi in US: PM Modi meets five key CEOs on the first day of the visit, know who discussed what