If humanity ends, where will humans survive? In future these countries will keep human civilization alive on earth 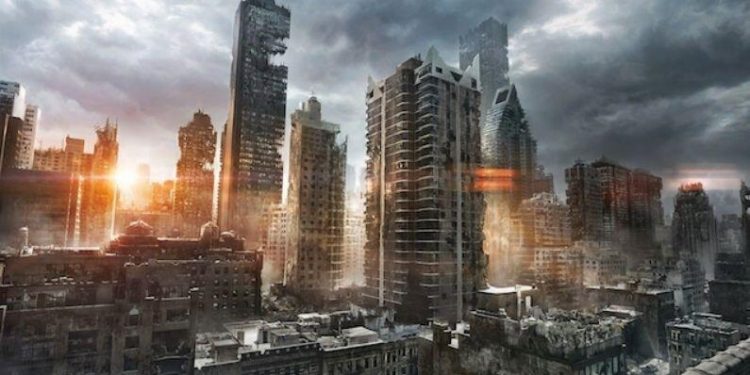 In view of the epidemics, economic crisis and financial crisis facing the world, human civilization is under threat. In such a situation, the question arises that which are the countries where humans can be safe.

New Zealand, Iceland, Britain, Tasmania and Ireland will be the best places to survive when global society ends. This information has been given in a study. The researchers said that humanity is in a dangerous position due to civilization being an interconnected and energy-intensive society. This is the reason why it can cause environmental damage. Scientists have said that human society can end in a jiffy due to a serious financial crisis, the impact of the climate crisis, the destruction of nature, an epidemic more dangerous than COVID-19 or all of them together.

Which countries will be able to escape from it after the end of human society? To assess this, countries of the world were ranked on the basis of their ability to grow food for their populations, protect their borders from migration and protect the electrical grid and protect some manufacturing units. In this list, islands and mostly islands with low population density remained in the top. Researchers have said that through their study, they have told about the factors through which society can be dealt with when it ends. He said that a society dependent on economic efficiency needs to grow food and work in other important areas.

Surprised at the inclusion of Britain in the list

There have been reports that billionaires are buying bunkers in New Zealand so that they can avoid doom. “We were not surprised that New Zealand was on our list,” said Professor Aled Jones at the Global Sustainability Institute at the UK’s Angelia Ruskin University. Jones said, we ranked the countries on the point that they can protect their borders and they have good temperatures. In such a situation, there was every possibility that large island countries with complex social structure would be included in this list. We were a little surprised that Britain made it to the list, as it only produces 50 per cent of its food for itself.

The world has seen many problems in recent years

Due to its geothermal and hydroelectric energy, abundant agricultural land and low human population density, New Zealand was found to have the greatest survival potential. Recent years have seen a global food crisis, economic crisis and pandemic. But humanity’s civilization is fortunate enough that these problems have not come to the fore simultaneously. At the same time, the coronavirus pandemic may have put the world in trouble, but it has shown one thing that governments around the world can work together if the need arises. But to get the world out of any crisis, preparations have to be made in advance.

Also read: 89 million years ago, life was flourishing on the earth! Scientist found the world’s first animal in fossils rock