HomeWorldHow will peace be restored in Afghanistan and how will the war...
World

How will peace be restored in Afghanistan and how will the war end? America told that this method is effective 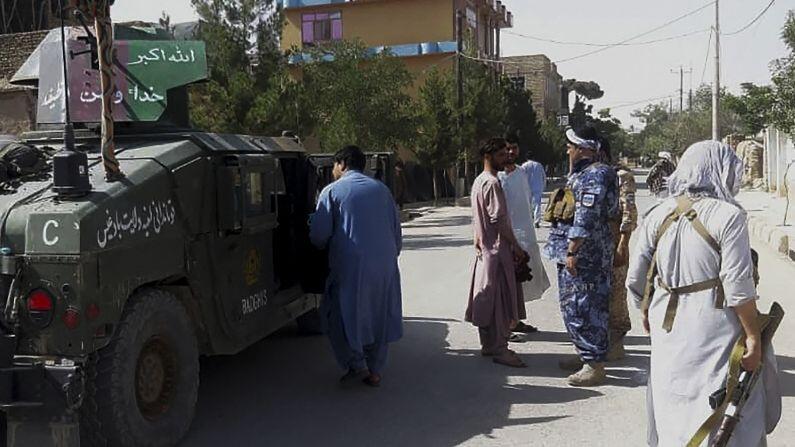 America has said that it is very important to reach a political solution for peace in Afghanistan. Only through this can peace be established in the country.

The administration of US President Joe Biden believes that lasting peace in Afghanistan is possible only through a political solution. The White House said this on the background of the ongoing peace talks between the government of Afghanistan and the Taliban. White House Press Secretary Jen Psaki told reporters on Friday, “I would like to say that there are political talks and other negotiations going on between Afghan leaders, members of the Afghan government and the Taliban, which we certainly support.”

“We believe that lasting peace in Afghanistan is only possible through a political solution, but we will continue to support the government through humanitarian assistance, security assistance and training,” said Jen Psaki. We will also continue to encourage them to take a leading role in protecting and protecting our people. In an interview to MSNBC, Secretary of State Antony Blinken said that the US is determined that Afghanistan does not become a training ground for terrorists against the US and its allies.

Went to Afghanistan to catch those who attacked America

Foreign Minister Antony Blinken said, this is the reason we went there and this is what needs to be remembered. We were attacked on 9/11, we went to Afghanistan to find those who attacked us and bring them to justice. Action was taken against Osama bin Laden ten years ago and the terrorist organization Al Qaeda responsible for those attacks was destroyed.

“We’re going to make sure we can keep an eye on that,” Blinken said. If we see the threat arising again, we will be in a position to take action against it. That’s why we were there, and we’ve spent 20 years, trillions of dollars in this campaign there, and thousands of Americans have lost their lives. He said that the US is concerned about the activities of the Taliban.

Taliban said this about peace

It is worth noting that the Taliban is rapidly strengthening its hold in Afghanistan. At the same time, the Taliban said that it does not want a monopoly on power. But there can be no peace in Afghanistan until President Ashraf Ghani is removed from power and a new government is formed in the country through talks. Taliban spokesman Suhail Shaheen said the Taliban would lay down their arms when Ghani’s government is gone and take over a government that is acceptable to all parties involved in the conflict.

Share
Facebook
Twitter
Pinterest
WhatsApp
Previous articleFacebook cloud gaming comes to iPhones and iPads, but you can’t play it
Next articleStrange campaign to increase vaccination in Pakistan, mobile sim of people without vaccination will be blocked