Fatal attack on Israel’s oil tanker in Arabian Sea, US Navy said – the ship was targeted by drone 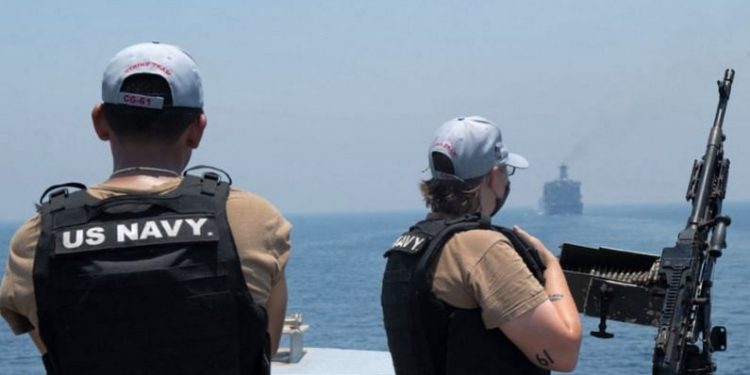 Israel Oil Tanker Attack: There was a deadly attack on an Israeli oil tanker in the Arabian Sea. Now the US Navy has issued a statement in the matter. In which it has been told that this attack was done with a drone.

Drone Attack on Israli Oil Tanker: US Navy explosive devices experts believe a ‘drone attack’ has been carried out on an oil tanker off the Oman coast in the Arabian Sea, killing two people on board. The US Army has given this information on Saturday. The attack on the oil tanker ‘Mercer Street’ on Thursday night is the first known fatal attack on commercial shipping in the region in many years due to tensions over the breakdown of its nuclear deal with Iran.

No one has claimed responsibility for the attack, but Israeli officials have accused Iran of carrying out a drone strike (Israeli Oil Tanker Hit by Drone Strike). Iran has not explicitly acknowledged the attack, but the attack comes at a time when Tehran is on the verge of taking an even tougher stance with the West and the country has expressed its staunch support for Supreme Leader Ayatollah Ali Khamenei as president. is visible.

Two people died in the attack

The US Navy’s West Asia-based Fifth Fleet said in a statement on Saturday morning that the nuclear-powered US aircraft carrier USS Ronald Reagan and the guided missile destroyer USS Mitscher are now escorting it until it reaches the safe harbor at Mercer Street. Huh. A day earlier, the company that managed the oil tanker had said that two of the crew, who were residents of Britain and Romania, were killed in the attack (Arabian Sea Oil Tanker Attack).

America is cooperating in the investigation

The Fifth Fleet said, “US Navy explosives specialists are now on board the ship to ensure there is no additional threat to crew members and are ready to cooperate with the investigation of the attack.” It said, ‘It is clear from the initial indications that this is a drone attack.’ At this time a proxy war is going on between Iran and Israel. Former US President Donald Trump unilaterally withdrew from the deal in 2018, after which there have been several attacks on ships in the region and their suspicions have been going on Iran.

Also read- The US condemned the attack on the UN office, said- ‘Stop violence in Afghanistan, so that people can live in peace’

Also read- Pegasus: After the uproar around the world, Israel’s NSO Group took a big step, the government of many countries will not be able to use Pegasus