Drying clothes were made in the courtyard of Osama bin Laden’s ‘Kaal’! The CIA found the world’s most dreaded terrorist in this way 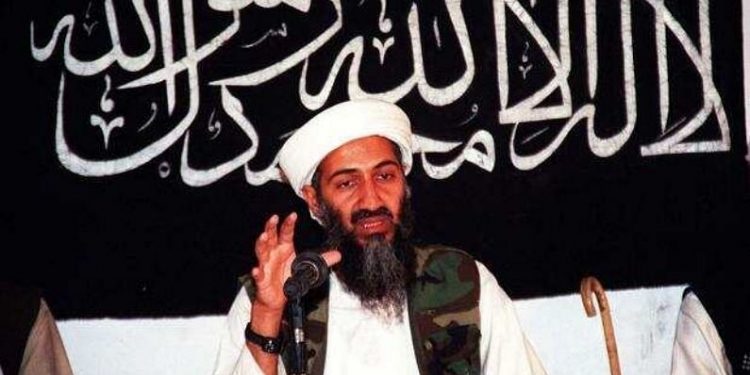 Osama bin Laden, one of the most feared terrorists in the world, was the mastermind of the terrorist attacks on September 11, 2001 in New York, America. Since the 9/11 attack, America had vowed that it would keep Osama by hiding and he showed it by doing so. American soldiers killed Osama in Abbottabad, Pakistan on May 2011. The former head of Al-Qaeda was living in an intelligence house here. But do you know how America came to know about his presence?

Actually, former CNN producer Peter Bergen has written a book called ‘The Rise and Fall of Osama bin Laden’. Peter Bergen is also a national security analyst. According to this new book, the number of clothes drying in the courtyard of bin Laden’s house helped the US intelligence agency CIA to identify him and kill him. Bin Laden’s three wives and his family were torn apart after the September 11 attacks. Bin Laden himself was hiding in the mountains of Afghanistan and northern Pakistan.

Osama bin Laden was deeply saddened by the disintegration of his family. This was the reason why he had vowed to reunite his family. For this reason bin Laden asked his bodyguard Ibrahim Saeed Ahmed Abd al-Hamid to buy land and build an intelligence house in Abbottabad, Pakistan. At Bin Laden’s request, a three-story house was built in Abbottabad, with four bedrooms on the first and second floors and a bathroom on each. On the top floor there was a bedroom, a bathroom, an office for bin Laden’s personal use.

It is said that the family members started living in this house in 2005. The bodyguard and his family members used to come to this house every day, but used to go to another house to live. One day in 2010, a CIA informant saw bodyguard Ibrahim in a crowd in Peshawar. According to the book, Ibrahim’s car was taken to bin Laden’s intelligence house. Here bin Laden lived with three wives, eight children and four grandchildren. There were many such things in this house, due to which the CIA got suspicious. This included no phone lines and internet, and very few windows in the house.

To keep an eye on this intelligence house, the CIA built a base near it. During this, the intelligence agency started having doubts about the clothes being dried in the house. The CIA observed that every morning in the courtyard of the house, women’s clothes, men’s traditional Pakistani clothes, children’s diapers and many other clothes are being dried. It seemed that there have been more than 11 people here. Officials estimated that there was one man, several women and at least nine children in the house. The then US President Barack Obama was shown evidence and ordered the attack. In this way bin Laden was killed in May 2011.

Also read: Iran denies drone attack on Israeli tanker, says- ‘We have no hand in the attack on the ship’