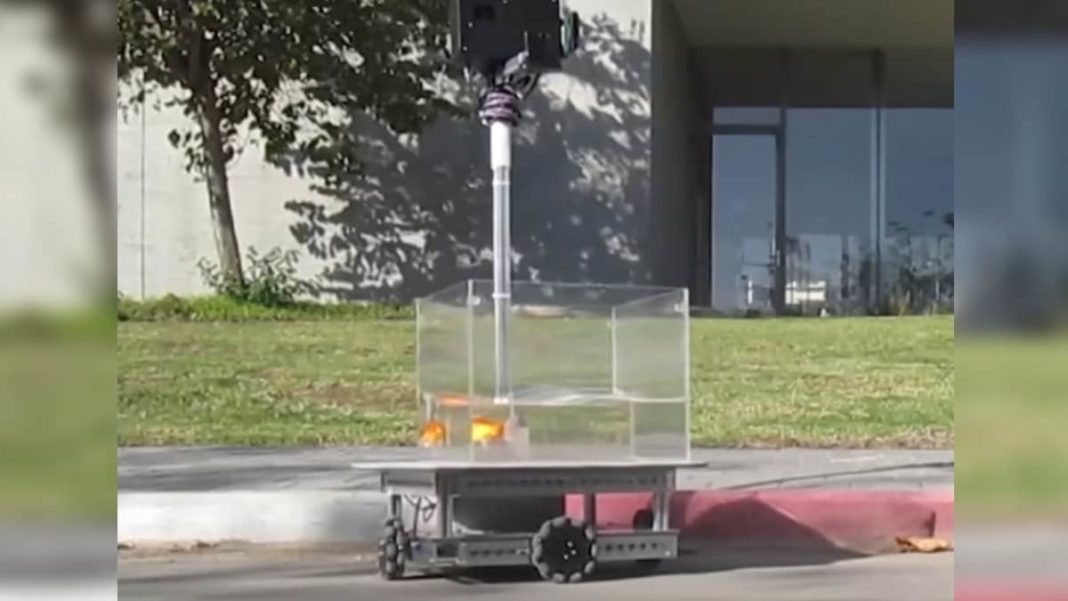 It will sound strange, but goldfish can also drive a car. In one of their experiments, scientists have taught a goldfish to drive a robotic car. This experiment was an attempt to test the navigational abilities of goldfish and study the behavior of animals. The robotic car was also designed with this purpose in mind. The car was designed by scientists from Israel’s Ben Gurion University. This Fish Operated Vehicle (FOV) i.e. car had a transparent rectangular platform on its wheels. Goldfish’s water tank and camera system were installed in this platform. It recorded and translated the movements of the fish. The wheels of the car used to move back and forth and side to side according to the movements of the goldfish.

Scientists studied the movements of goldfish. Scientists hope that the goldfish’s ability to steer a car to its target will determine important properties of the animal’s navigational ability.

The study was published last month in the Behavioral Brain Research journal. In this, researchers have written that they trained a goldfish to drive a fish operated vehicle (FOV). The platform mounted on the wheel of the vehicle reacts to the movements of the fish in the water tank. Scientists used experiments to find out if there are any different qualities in animals. This experiment showed how a species would react to external interference.

Goldfish require training for a few days. After this, she can take the Fish Operated Vehicle (FOV) to her target. Experiments proved that goldfish’s navigational abilities were not limited to the aquatic environment. She could also adapt those abilities to an environment like a water tank. A video related to this has also been uploaded on the official YouTube channel of Ben-Gurion University.

According to a report in The Independent, Shacher Givone, PhD student in the Life Sciences Department of the Faculty of Natural Sciences, said, “Our findings suggest that the goldfish’s navigational skills were universal. That is, she can do it under any circumstances. It was also discovered that goldfish have the ability to learn complex tasks.

Scientists said that after training, the goldfish could operate the car and reach its target from any starting point. He also learned to avoid the wrong places and correct his mistakes.

After EU, UK, France has now extended a helping hand, will provide oxygen support to India to fight Corona