OnePlus Watch will be launched today, will compete with Apple Watch in terms of affordable price 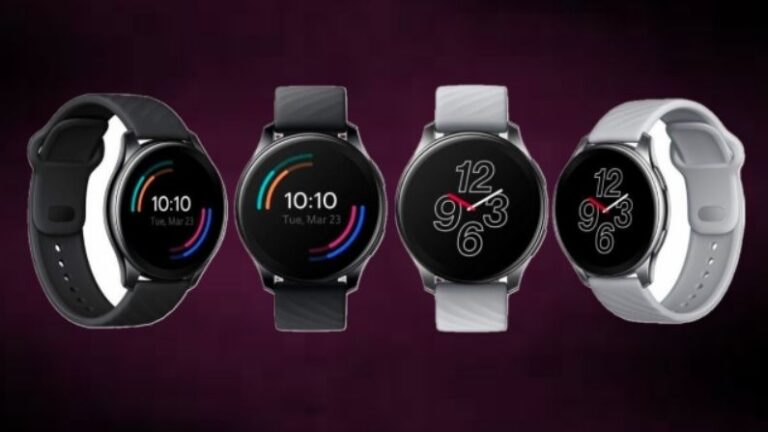 Today OnePlus 9 series is going to start. During this time the company will also launch OnePlus 9, OnePlus 9 Pro and OnePlus 9R along with OnePlus Watch. This will be the company’s first smartwatch and the second wearable device after the OnePlus band launched earlier. Now a few hours before the launch, more pictures of OnePlus Watch have been leaked. It is expected to be available in two color options – Silver and Black.

The leaked photos reveal that the OnePlus Watch will have a round dial and classic watch design. In other words, this squash does not look like Apple Watch, which many companies have tried to copy. Instead, it will follow in the footsteps of Samsung’s Galaxy Watches, although the OnePlus Watch looks slimmer and sleeker than Samsung. The leaked photos also reveal that the OnePlus Watch will have two buttons on the right side of the dial and will then be paired with silicone straps that look similar to straps fitted with the Apple Watch or Fitbit Watch.

OnePlus Watch will not run on Android OS

While the design of the Apple Watch is well known, most of its specs and features are not known. However, one thing has been confirmed. OnePlus Watch will not run Google’s Android WearOS. Instead, it will run on the “real-time OS” of OnePlus. In a statement, OnePlus CEO Pete Lau stated, “We chose to go with the RTOS-based Smart Wear operating system because we believe it gives you a smooth and reliable experience while offering a great battery life.” . ”

You will get this great feature

There is speculation that the OnePlus Watch will come with fast charging, as we have seen in the OnePlus phone. It is also correct to assume that the OnePlus Watch will be waterproof and dustproof and will come with a heart rate sensor. OnePlus Watch has been said to have 4GB of storage and 46mm dial. OnePlus reportedly will be able to use the watch as a remote for the TV. It can support the Warp Charge technology of OnePlus, which claims to provide 7 days of battery life with only 20 minutes of charging. According to the report, you can make or answer phone calls from the OnePlus Watch. This device can also show your phone notifications and can control music. It will be offered in LTE variants.

What will be the price of the OnePlus Watch?

As far as price is concerned, the OnePlus Watch is expected to be relatively inexpensive. It is expected that the smartwatch will give the best-in-class experience at an affordable price. The company can launch the OnePlus Watch for around Rs 10,000. If wearable is launched in this segment, it will be competing with the Mi Watch Evolve, Realme Watch S Pro and Amazfit watches.

When did our Galaxy Milky Way take its shape? Scientists have found answers to unresolved questions

Number of long-term sick people at a record high

Set again from the street and hugged by a cover of tall bushes, 84 Ledgeways…

The benefits removed by Vodafone Idea will be only for outgoing SMS, so users will…