Losses are going to be more than what they earned after the lockdown, companies worry about 5 million smartphones! 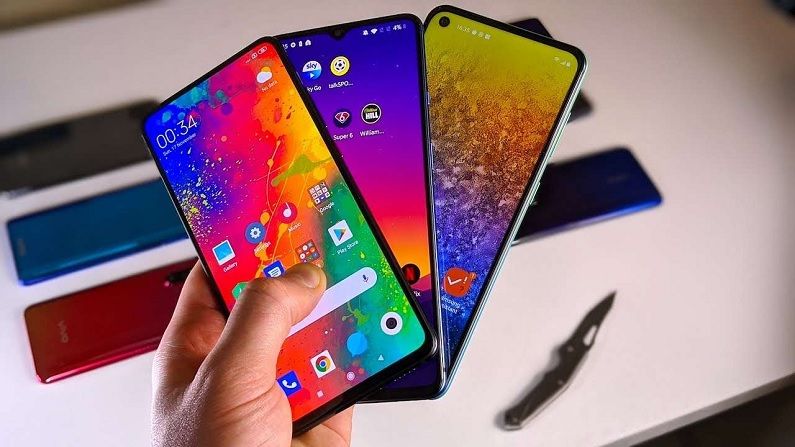 Night curfew and lockdown are being imposed in many states, in such a situation, there can be problems in the delivery of phones and other things, which can cause big losses to companies.

Due to the lockdown in states like Maharashtra, Chhattisgarh and Madhya Pradesh due to Corona epidemic, the smartphone makers are going to suffer big loss. It is believed that due to the lockdown, in the second quarter (April to Lake June), smartphone companies may have to face a loss of sales of 5 million or 5 million less phones.

Expecting increased sales in this quarter, companies are accelerating production and are expecting that there will be a huge surge in demand this time, like 2020, after the ban is lifted. Companies said that due to the night curfew and other regional restrictions, there is also a delay in bringing and sending components and finished goods.

There will be a loss of sales of 50 lakh phones

The Maharashtra government has also banned the permission of e-commerce companies to make phone deliveries, which is 10 percent of the total sales in India. At the same time, offline retailers have written a letter to the CM of Madhya Pradesh Shivraj Singh Chauhan, demanding fairness between online and offline retail. Stretching between offline and online channels will also exacerbate the brand’s woes.

According to GadgetsNow’s report, Associate Director of Counterpoint Research Tarun Pathak said the agency’s previous estimates of 37-39 million shipments in the second quarter would fall by 15 percent. He stated that “this is a washout of about 5 million shipments. We have taken into account the Maharashtra lockdown and other factors. However, we are not changing the annual prediction because the demand can improve. “

What did smartphone manufacturers say?

A spokesperson for India’s top smartphone brand Xiaomi said that it is expected that there will be less impact in sales due to the lockdown in some parts, if a state implements the lockdown, then we expect the impact on sales to be less. After the market opens, we will be able to fulfill this demand gap.

At the same time, Sanjeev Aggarwal, Chief Manufacturing Officer of Lava International told the Economics Times that the company’s cell is already showing an impact, if the current situation persists, then we may face more challenges in the coming days. The epidemic has disrupted the global supply chain. We are facing a shortage of components and are also seeing an increase in their prices.

Realme India also said that SAIL will be affected for some time as some cities have started enforcing strict lockdown conditions again. Along with this, the company spokesperson also spoke on the issue of lack of chipset in the market and said that the company is making “best efforts” to meet the demand.

If it is difficult to get passport, then follow this online method, work will be done immediately

Run internet for full 60 days for 249 rupees, this company is offering the best recharge plan

This budget phone of Redmi with 64MP camera is getting very cheap, know what is the new price

After all, what happened that conversation started between two arch-enemies like Saudi Arabia-Iran? Know the reason behind this

Think that there was a city of lakes… only tales and stories will remain Venice on water, UNESCO warns